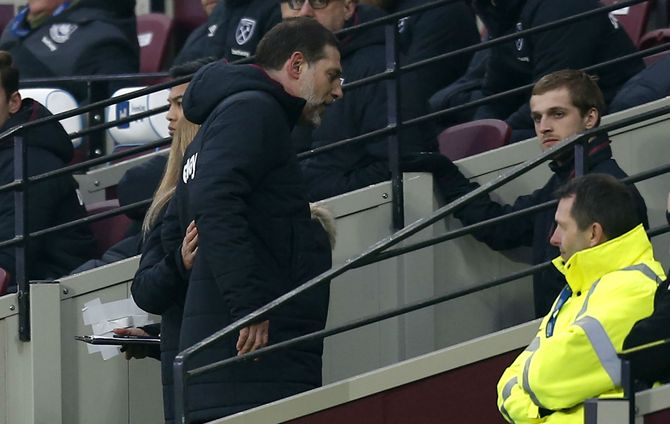 West Ham manager, Slaven Bilic and his assistant Nikola Jurcevic have each been fined £8,000 after admitting to an improper conduct charge.

Bilic was sent off by referee Michael Oliver after throwing a TV microphone to the ground in reaction to Gareth McAuley’s injury-time equaliser for West Brom at London Stadium.

Both were later charged by the Football Association.

A West Ham statement said Bilic and Jurcevic both admitted the charge.

It added: “The manager and assistant manager will both be available to sit on the bench for the Premier League visit to Watford on 25 February.

West Ham who had a wonderful run last season have been finding it difficult to get their rhythm this season especially since the departure of their talisman Dimitri Payet.

OAP Freeze reaches out to Tonto Dikeh Amidst Marriage Crisis