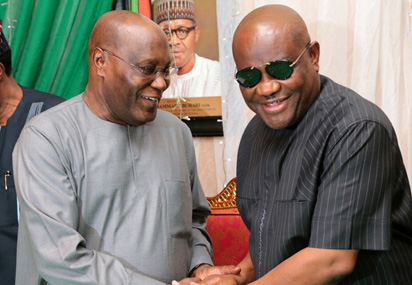 The Supreme Court has upheld two appeals filed by the Governor of Rivers State, Nyesom Wike against the decisions of the Court of Appeal, up tuning the dismissal of a petition filed by the African Action Congress (AAC) and its candidate in the last governorship election, Awara Biokpomabo Festus.

In two unanimous judgments on Friday, a seven-man panel of the court upheld the two appeals by Wike on the grounds that they were meritorious. The appeals were marked: SC/1111/2019 and SC/1112/2019.

Justice Ejembi Eko wrote and delivered the lead judgments in both appeals, which the other six members of the panel agreed with.