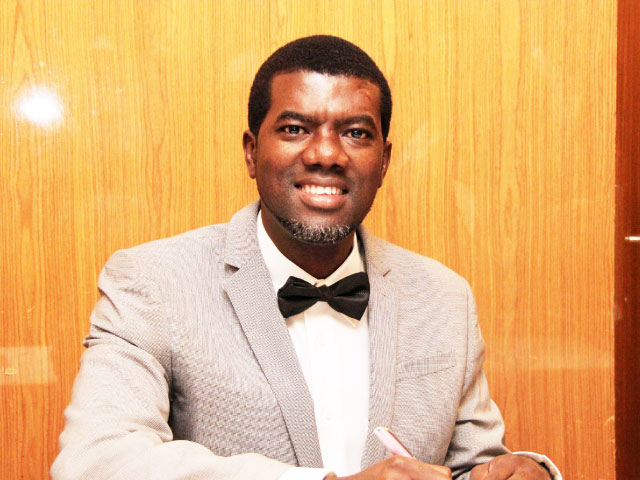 Former Spokesperson to Goodluck Jonathan and public commentator, Reno Omokri has fingered the ruling party APC as being responsible for Pastor Adeboye’s travails. He believes the Genesis of the FRC new rules only followed the unfavourable comment of RCCG G.O on Ekiti State Governor, Ayo Fayose.

Exactly three weeks ago, Pastor Enoch Adeboye was in Ekiti to praise Governor Ayo Fayose for defending his people from foreign Fulani herdsmen. The next day, the All Progressives Congress insulted Adeboye in the media. Shortly thereafter, the FRCN forced him to retire as GO of RCCG. Connect the dots. Let us not be disunited. If Professor Yemi Osinbajo is afraid to say it, I Reno Omokri, am not afraid to say it. I love and respect the Muslim Ummah having read and understood Qur’an, so don’t misunderstand me. I stand with Pastor Adeboye. Now, more than ever, Nigerian Christians and minorities need unity and leaders like Adeboye and Fayose! 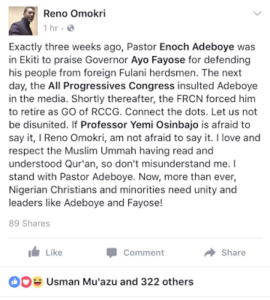 Why ABUJA Lawmakers Are Angry With Pres....