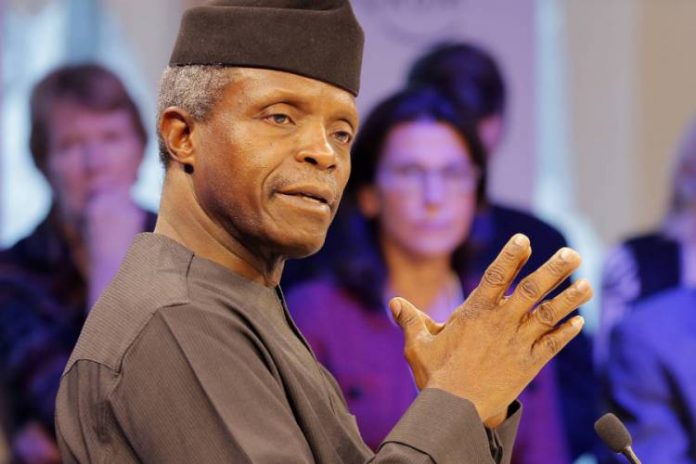 The Vice President, Yemi Osinbajo has said President Muhammadu Buhari’s government was not opposed to restructuring.

Osinbajo stressed that the Buhari government was in support of any form of restructuring that would benefit Nigerians.

He said this while addressing traditional rulers from Ekiti State at the palace of the Ewi of Ado-Ekiti, Oba Rufus Adejugbe, and was contained in a statement by his Senior Special Assistant on Media and Publicity, Mr. Laolu Akande.

According to Osinbajo, “I want to say that this country is strongest, this country is best when we are one when we are united. It is a united country that can make a difference. We are fully in support of any form of restructuring that will benefit the people of our country.

“That is why, for example, the President just signed this into law, a bill which enables Houses of Assembly to be autonomous; so that their finances are autonomous. This is some form of devolution of powers.

“There is nothing they cannot say or do; there is no type of statement that cannot be made.

“But we believe very strongly that keeping our country together, keeping our people as one, and ensuring that no life is lost in the process of the elections is so important to us.”

Buhari not opposed to restructuring – Osinbajo was last modified: June 22nd, 2018 by Reporter