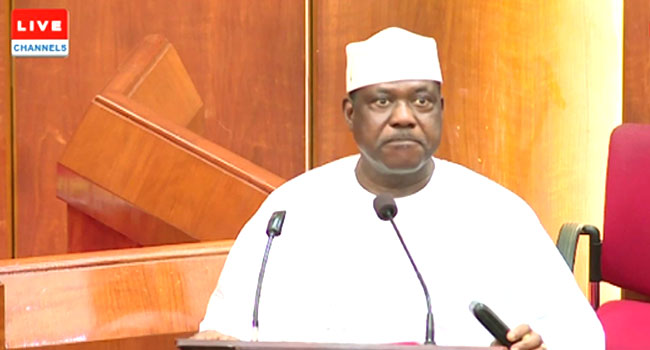 The Konshisha Area Traditional Council, KATC, has condemned the verbal attack on the Tor Tiv, HRM Professor James Ayatse by the Minister of Special Duties and Inter-governmental Affairs, George Akume.

The council described the unwarranted attack on the Tiv paramount ruler as sacrilegious and unacceptable.

The Ter Ikyor and Chairman of Second Class Traditional Rulers in Tiv land, Chief Thomas Jam Gbinde, who led the royal fathers in condemnation of the conduct displayed by Akume, said such outing was alien to the Tiv culture.

Gbinde, who was speaking at Agbeede during this year’s Mbator Day celebrations said castigating the Tor Tiv public amounts to insulting the entire Tiv nation, stressing that such an act would only portray the Tiv people in bad light before other nationalities.

He said: “As illustrious sons of the Tiv nation, it is only proper for anyone who has grudges with our paramount ruler to go and discuss with him in private. You cannot go to the pages of newspapers to rain insults on him because it portrays us as people without respect for the traditional institution.”

Chief Kuhwa said it was an abomination for a son of Tiv land to go to the market square to call the royal father unprintable names. He urged other prominent sons of Tiv extraction to rise in condemnation of Akume’s conduct.

The Konshisha Area Traditional Council cautioned against a repeat of what they termed shameful utterances from a man who is expected to set good examples for the younger generation.

The royal fathers also threw their weight behind the state Governor, Samuel Ortom on his efforts in providing security in all parts of Benue State particularly the Governor’s recent appeal to President Muhammadu Buhari not to withdraw Operation Whirl Stroke from the state.

Why I Have Decided To Run For...

Why Many People Don’t Fulfil Their Destiny...