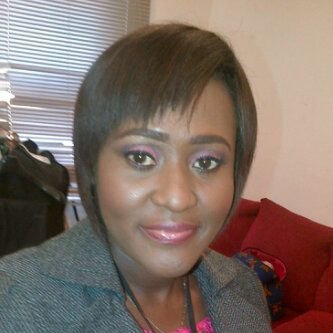 She is one of the hottest TV Presenters, in Nigeria. Weekly, she anchors FIREWORKS, a fiery interview programme on TVC. Currently at TVC News, she is a news Anchor, who runs commentaries during live broadcasts and doubles as Reporter and Presenter of TVC’s hard talk interview programme, ‘’FIREWORKS’’. ‘’Fireworks’ puts public office holders to task on issues of governance. She also presents ‘’Journalist Hangout’’ TVC’s current affairs program and talk platform for Journalists and viewers to air their views on topical issues. She is married and blessed with children.

Bukola Samuel-Wemimo also derives tremendous joy  from teaching colleagues and interested learners the basics in presentation. She enjoys reading, music and dancing. Bukola describes her journey in the journalism field as, undulating, but rewarding. 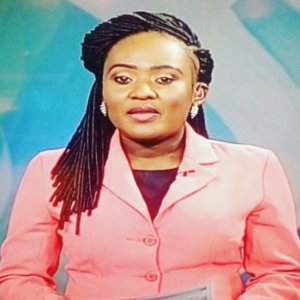 Bukola Samuel-Wemimo, was born in 1982, in Lagos Nigeria. She attended St Mary’s Private School, broad street Lagos. For her primary education, Abeokuta Girls Grammar School, Ogun state at the Secondary level, and Lagos State University at the Tertiary education Level. She is currently studying for her Master’s degree in Mass Communication at the University of Lagos.

At age 19, Bukola started her Broadcasting Career with Lagos Television, the state-owned TV in 2001, as an Undergraduate. At LTV, she worked as a freelance Presenter, anchoring an entertainment programme, known as ‘’FULL HOUSE’’.  On ‘’FULL HOUSE’’, Bukola Coker as she was then known, hosted  Celebrities  in the entertainment industry in what was a ‘must watch’ for personality interviews, juicy bits and hot topics. As far back as 2003, Bukola had the flair for issue based journalism, demonstrated on ‘’ full house, which examined topics such as ‘’western interference in the entertainment industry’’ ‘’artistes and the use of performance enhancing substances’’ ‘’challenges of artiste management’’ to mention a few.

Bukola also took on other programmes like LTV Games, A SPORTS BASED CHILDREN’S PROGRAMME, and EDITION 12, a political/current affairs programme. While at LTV, she also worked at STAR 101.5 FM, as a co-presenter and producer for the ‘’DAILY GUIDE’’, a satirical news programme, which was popular among lagos early morning drive time listeners.

After graduating from the Lagos State University in 2004 with a bachelor of arts degree in History and International Studies, Bukola proceeded to Bayelsa State, for her National Youth Service Corp, N.Y.S.C.  Her place of primary assignment was Radio Bayelsa, 97.1, Glory FM, Ekeki in Yenagoa, the state, Capital. At Radio Bayelsa, she worked as a Duty Continuity Announcer, the only, D.C.A at the radio station, out of a couple of youth corp members in her set.  Years after her passing out parade, Bukola received a call from another corp member who phoned her out of curiousity, saying, the word at Radio Bayelsa , was that since her exit, there hasn’t been any other corp member like her.

After her service year in 2006, she returned to LTV as a producer. Some months later, She secured an appointment with TVC News, (then known as LINK 65 TV) as a Newscaster/reporter. SInce joining TVC News, she has reported human angle stories, climate change stories and the general beat. She was also the Lagos state-house correspondent, between, 2009-2012. Bukola was promoted to the Anchors’ desk in 2013.