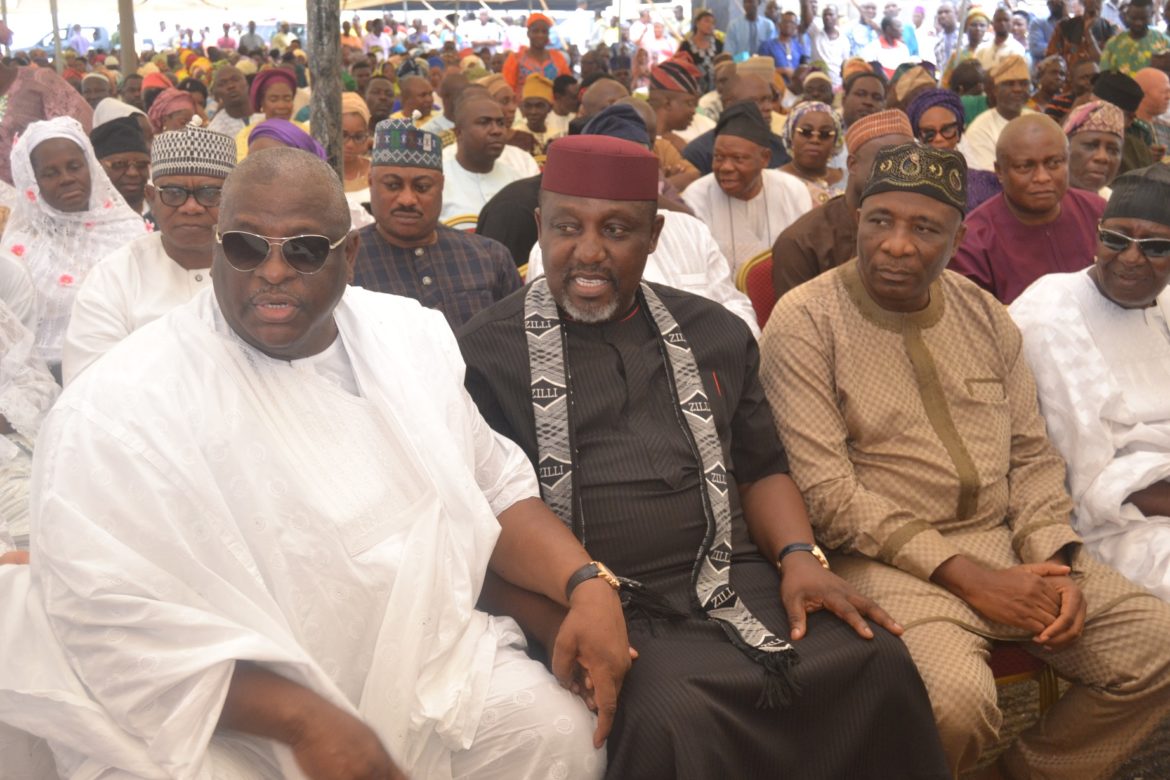 The ancient town of Ijebu Igbo was greeted with throngs of powerful power brokers on Thursday, August 8, 2019, as the immediate past lawmaker representing Ogun East Senatorial District at the National Assembly and the governorship candidate of the Peoples Democratic Party (PDP) in the 2019 election, Senator Buruji Kashamu, buries his mother, Alhaja Wulemotu Kashamu. who died at the ripe age of 95.

The burial ceremony began with the special fidau prayer, by top Islamic clerics in Ijebu North, as Mama Wulemotu was the Iya Suna of Ijebu Igbo. She was interned at exactly 2p,m according to Islamic rites.

The consoling rain that fell immediately after her burial, was said to be a good sign that God has welcomed and accepted mama, who was described as a selfless, kind and loving mother for all.

Despite the brief notice of her death and burial arrangement, the program was well attended by major players in the Ogun State political power brokers. Some of them include; Senator Sefiu Adegbenga Kaka, Senator Lekan Mustapha, Laide Fowosire, Senator Rochas Okorocha, former Imo State Governor, Dr. Reuben Abati, deputy gubernatorial candidate of the Peoples Democratic Party, PDP in 2019 general election and many more.