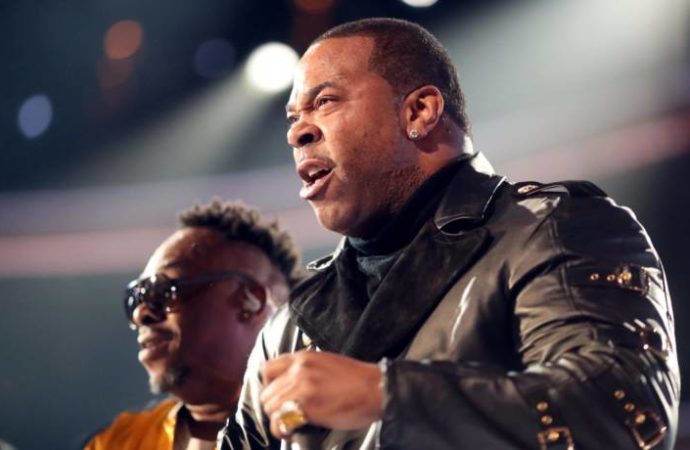 Leading rappers came together Sunday to rip into US President Donald Trump at the Grammy Awards, using the telecast to denounce his anti-immigrant stance.

“I just want to thank President Agent Orange for perpetuating all the evil you’ve been perpetuating,” Busta Rhymes said in a mock award acceptance speech.

“We come together! We the people!” he shouted as fellow performers knocked through a wall — a reference to Trump’s vow to build a major barrier on the border with Mexico.

More than a dozen people, many appearing to be of Middle Eastern heritage and some wearing veils, walked proudly but silently toward the stage during the performance.

The rappers during the show also paid tribute through images of Phife Dawg, a founding member of A Tribe Called Quest who died last year.

Artists overwhelmingly opposed Trump during last year’s election, although the tycoon turned their stance on its head by casting himself as a voice of average Americans.

An avid user of Twitter, Trump has not been shy about voicing his anger at celebrities who criticize him, such as Oscar-winning actress Meryl Streep in her speech at the Golden Globe Awards.