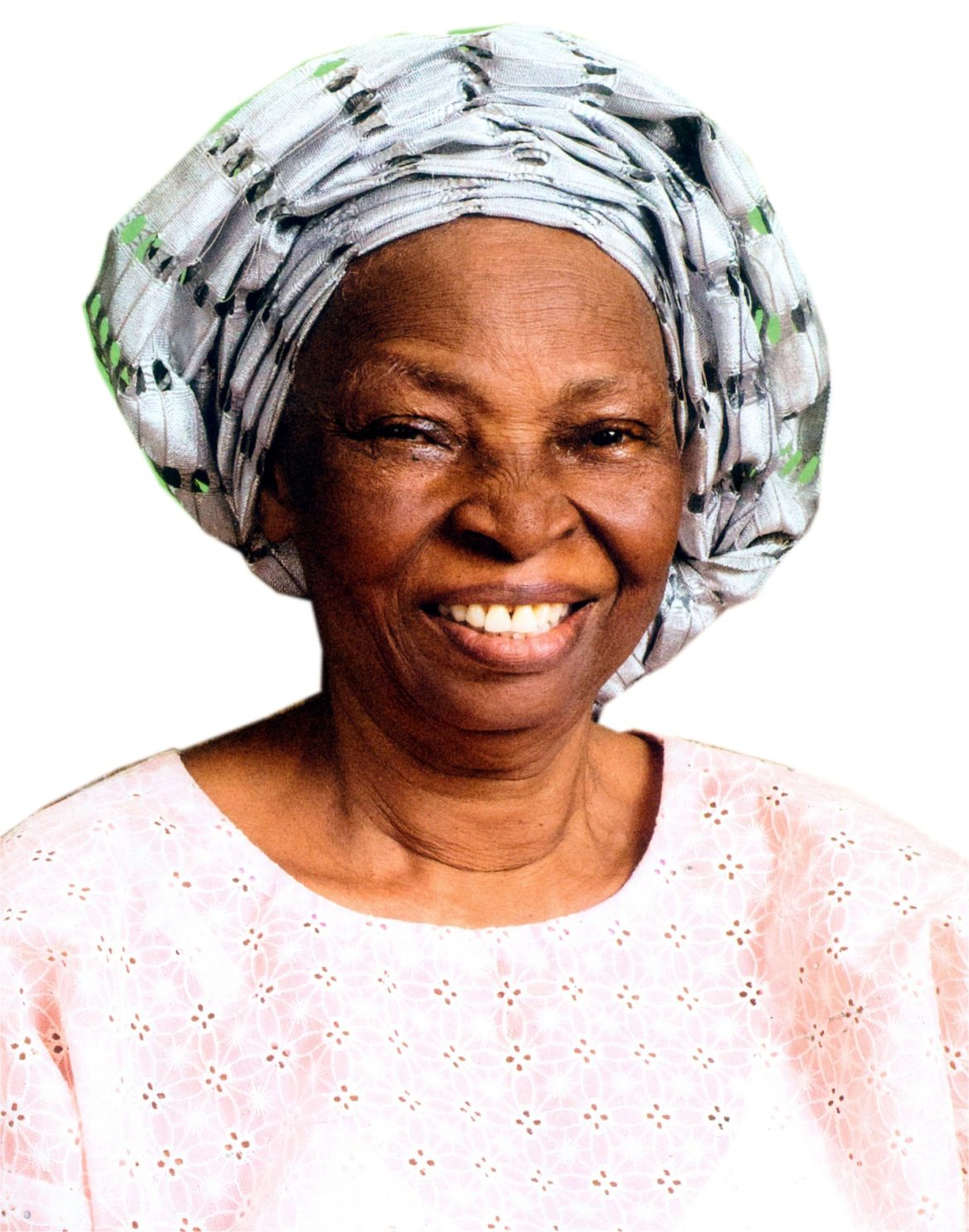 What She Told City People Magazine About Her Life

Mama Deborah Adebola Fasoyin, who sang the popular Odun Nlo Sopin song in 1979 is in a happy mood right now. She was 80 a  few days ago and she was celebrated. Age has mellowed her. But at 80 she still lives a good life with her kids. By nature, Mama Deborah Adebola Fasoyin is a very quiet and easy-going woman of God. She is deeply religious and you can’t get to hear about her, excepts when it comes to her work. She is a gospel singer and leader of the CAC Good Women Choir, Ibadan, a group that became popular in the late 70s, 80s, and 90s across the South West. The group is based in Ibadan.

But on account of the activities of the CAC Good Women Choir, Mama became well known in 1979, when her group released a popular song titled Odun Nlo Sopin O Baba Mimo, that became an instant hit.

Their marketer sold out and the song enjoyed massive airplay till now, as at song gets played every December. Since 1979 when the album came out, practically all radio stations across the South West and all the music stores and shops play the music to herald December.

Interestingly, that wasn’t their 1st album. It wasn’t the 2nd. And it wasn’t the 3rd. It was the 5th release. To date, the choir has released 25 albums. But the choir is no more. Age has taken its toll on them. Many of them are now old. Some have even passed on to greater glory. Some live abroad with their children. They have become grandmas. Only 2 grand old women are remaining.

Mama Fasoyin is still very much alive and kicking, looking like a sweet sixteen. Though she is 80, she doesn’t like to be described as an old woman. “I am not on old woman”, she told City People Magazine Publisher, SEYE KEHINDE recently at one of her granddaughters home in Lagos. “I am a young girl at 80. I will be 80 in March 2020. I was born on 1st March 1940.

She now lives in Lagos. She now worships at Pastor Sam Adeyemi’s. Daystar Christian Centre. She occasionally sings with the choir. In 2014 Mama sang with the DayStar Centre Choir. It was a big hit. She had only about 3 rehearsals with them and when she climbed the stage and Mama’s voice filled up the hall, everywhere went up in joy.

Mama’s life has been a life of music. She was only 10 when she started to sing. She is a native of Oyo. Her husband was since year 2002, she has been going to DayStar. When in 1976, the Good Women Association at its convention decided to float a women choir to thrill at their church events they were about 130 women (all married). It was in 1977 they began releasing records and they stopped in 1995. Then after 10 years, the choir released the Odun Nlosopin O VCD. They were only 10 in the VCD released in 1995. Out of the original number, there are only 4 women remaining and of the 4 only 2 are active.

Mama Fasoyin started her big project, the Ember Covering in December 1st 2018 and on 2nd, 3rd, 8th and 10th. It was 15 minutes of intense prayer. It holds on Facebook and Instagram.

It is specifically for her followers and whoever wishes to join. For those interested, all you have to do is to log on to www.goodwomenchoiribadan. After the programme, she headed for Jerusalem.

She spoke to City People on her life and music career in the gospel industry. Below are excerpts of the interview.

Every Xmas season, your popular music, Odun Nlo Sopin, is usually played on radio stations, and music shops all over the South West. How does it make you feel?

I feel fulfilled because our main purpose of releasing record has been achieved. By the grace of God, we have 25 releases to our credit. We started releasing in 1977. And this music you are talking about was released in 1979. It was our 5th release No 5. It wasn’t the 1st or 2nd and we had other releases making 25 releases. By the grace of God. But hearing this music I just feel fulfilled because God said our motive recording was because want to touch lives. That was the main thing when we started, as women, coming together. No man joined us. It has to record with a difference because then we had never seen any group of women do such a thing. We are grateful to God and we feel fulfilled whenever we hear this particular Odun Nlo Sopin song.

How big a hit was this particular album? Was it a sell-out? Did you seel up to 1 million copies?

Haa! It was heavy. It was big. It cut accross every area, every home in the South-West region. We were even surprised why this particular one became a big hit, because we know we have some other releases. Why this was so, it can only be God. There was nothing behind it. It was God. We never knew it will come out like this. Nobody knew. But God knows about it. Thats all.

Please share with us how your career in gospel music started? Why did you go into it when you did.

My music career started since I was young. I was 10 years old. I am Anglican by denomination I got married to CAC member, late Elder Fasoyin. So, from school, from age 10 I started singing at Anglican Church, Agunpopo Oyo, because I am a native of Oyo town. Its at St. Michael’s Church. That is where I started singing. I was a Chorister there.

The marketer looked at our song and felt there was something missing, something that will help us is missing, he told us to introduce gangan drum (a type of drums). In the 1st release, there was no gangan. In the 2nd release titled Keresimesi Odun De, Odun Olowo, there was gangan. Then in Kaye Koyo, Foba Ti Aye Nreti, Orin Ayo (all in the 2nd release) there was also gangan drums. In the 3rd release, Mo Nwoju Re, Olorun Mi. Odun Nlo Sopin was the 5th. That is how we started. The 6th release was Odun Yi Atura Koni Le Koko Mo Wa. By the grace of God that is how we started and God helped us. It was God. We don’t know how to sing, because when God is backing you can go to any length.

We started releasing in 1977 and we stopped as a group in 1995. But in 2005, after 10 years, we started again. This time it was VCD. We were recording our releases into VCD. At that time, when we started, it came in big plates (records), then later it graduated to cassettes, after cassettes came CD, after that VCD. So, in the year 2005, we started record VCD of Odun Nlo Sopin.

That one was the year 2005. We did not release any more record as a group since we stopped in 1995. It was after 10 years we released Odun Nlo Sopin (VCD). After the release, I had my own personal singles (of 2 solos) 2 release. The 1st was Ogo Ikeyin (Latter Glory). That is a single release, not from Good Women Choir. Then the 2nd Ibere Otun. Those are the 2 releases that I have had on my own.

READ ALSO: WHY I HAVE DELIBERATELY KEPT A LOW-CUT FOR OVER 35 YEARS – YEYESEWA KEMI NELSON TELLS CITY PEOPLE

GNI Reveals What He Will Miss About...