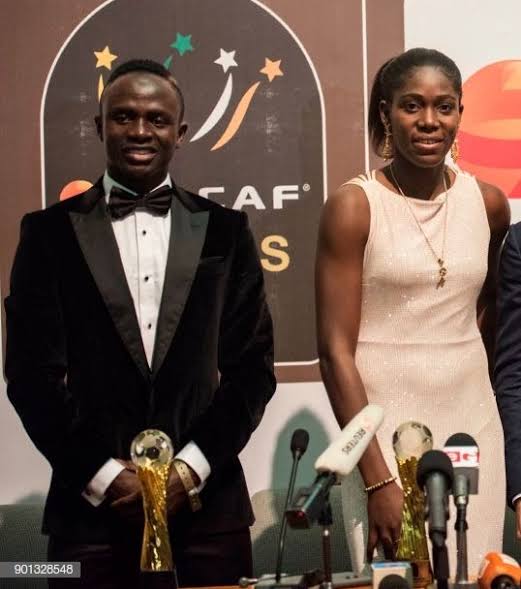 They were announced ahead of their counterparts at an elaborate ceremony in Hurghada, Egypt, on Tuesday night during the 2019 gala of the CAF African Player of the Year award.

His impressive form for club and country saw him towering above the rest to go home with the top prize.

The Senegalese forward was named among the top five of the 2019 Ballon d’Or award eventually won by Argentine maestro – Lionel Messi.

Oshoala, on the other hand, racked up the award for the fourth time after beating South African, Thembi Kgatlana, and Cameroon’s Ajara Nchout Njoya in that order.

The Super Falcons star has been in impressive form since joining the Spanish side – FC Barcelona – and even scored in their 2018/19 UEFA Women’s Champions League loss to a French club, Olympique Lyonnais.