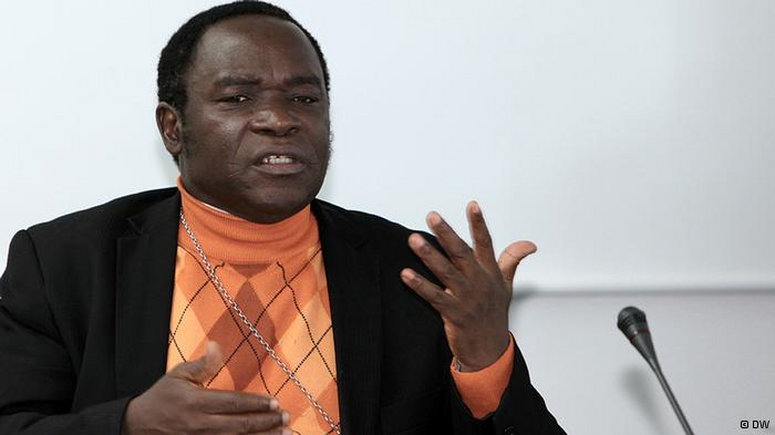 The Catholic Bishop of Sokoto Diocese, Most Revd. Matthew Hassan Kukah, and the Special Adviser to the President on Media and Publicity, Mr. Femi Adesina, yesterday traded words over the refusal of President Muhammadu Buhari to declare his assets publicly.

It all happened at the public presentation and launch of the book Farida Waziri: One Step Ahead–Life as a Spy, Detective, and Anti-Graft Czar written by a former chairman of the Economic and Financial Crimes Commission (EFCC), Mrs. Farida Waziri.

Revd. Fr. Patrick Alumuku of the Catholic Archdiocese of Abuja, who represented Kukah as the guest lecturer, spoke on the topic: “Is corruption A Biological Necessity or A political Invention?”

The Catholic bishop had, while concluding his speech, queried: “On a final note, let me ask two or three questions that I have heard being asked. First, is it in the law that the chairman of EFCC must be from the police force and a Muslim from Northern Nigeria? Two, people have asked, how is it that the president used Justice Onnoghen’s asset declaration form to prove his corruption and proceeded to sack him, yet the president himself has not publicly declared his own assets as he promised during his campaigns? Thirdly, why has Mr. Magu not been confirmed as EFCC chairman and what is the state of the trial of those who attempted to kill him in December 2017?”

In his reaction, Adesina said Buhari never promised to declare his assets publicly, adding that the president had not broken any law by not doing so.

The presidential spokesman, therefore, challenged Kukah to produce evidence of where the president promised to publicly declare his assets if elected.

He stated: “I remember I was appointed on May 31, 2015, and when I resumed work on June 1 2015, in a private meeting with the president, one of the first questions I asked him was: this promise about the public declaration of assets, when are you doing it?

“And then he asked me: can you please show me where that promise was ever made? And behold, we searched everywhere, there was no place where the president ever said he would do a public declaration and he asked me what the law required. And he said: ‘The law requires you to declare your assets and that is what I will do.’ Yet, since that year, they keep repeating that he promised a public declaration.

“Sir, can you tell Bishop Kukah that I challenge him to produce that promise by the president because the president stands by it till tomorrow that he never promised a public declaration.

“In 2015, he made his assets public, in 2019, he had declared, he has chosen not to go public, he has not broken any law. So, please let’s not continue to repeat what is untrue.”

She explained that she wrote the book due to fabrications from malicious quarters that had created a distorted perception of her persona.

“Along the way, there were assassination attempts, face-offs with cranks and officials in foreign lands, thrust and parry with criminals and personal tragedies of losing loved ones, particularly husband and daughter, within one year for which my predecessors did not express their condolence.

“It is the story of a young girl’s journey through life, from being a Catholic girl to a Muslim; from being born of a Tiv family in Benue State to becoming a matriarch in Tangale family from Gombe; from a police officer who was the best recruit in 1967 to becoming an assistant inspector general of police, who also became a lawyer”, she said.

READ ALSO: THE IMBALANCE IN NDDC AS IT AFFECTS IMO AND ONDO STATES – ERIC TENIOLA