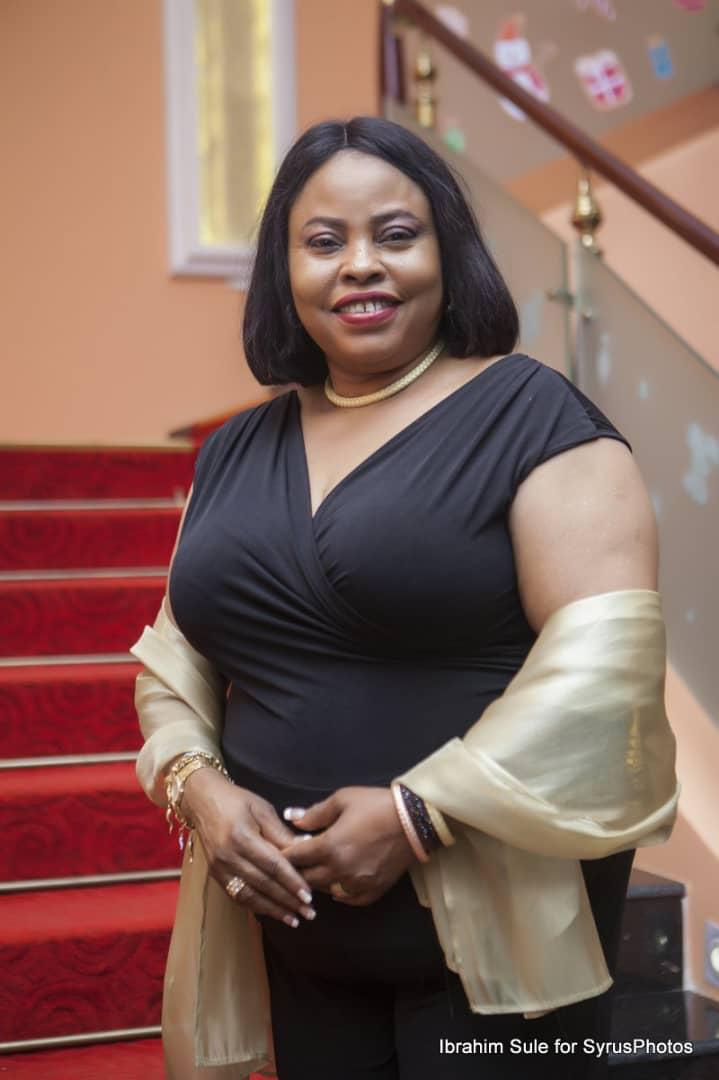 Princess Oladunni Odu is a Great woman. She is a political icon and a consistently consistent woman leader in politics. It is that her consistency that has paid off.

Just as you have men who have remained unshakeable in politics, there are women too. She is a good example. For decades she has weathered all the storms and stumbling blocks put on her way to the top.

She has just been made the new Ondo SSG. And the first female for that matter.

Since she got appointed everybody has been congratulating her. And the general conclusion is that it is an honour richly deserved.

Olaseeni Oyewusi wrote a beautiful article about her in Chronicle Magazine in which he described Princess Oladunni Odu as a rare gem in Ondo Public service.

Princess Oladunni Odu is a household name in the public service of Ondo state. Right from the military era, her diligent and quality service has got her name on the heart of many people within and outside the state. She, as many have come to say repeatedly, is a pleasant person, blessed with beauty, brilliance and intelligence.

Already labelled as an achiever and a goal-getter who was ever eager and ready to serve the people of the state, Arakunrin Oluwarotimi Akeredolu (SAN), the governor of Ondo State, knew exactly what he needed to transform the public service of Ondo state when he made Oladunni Odu the Chairman of Ondo State Universal Basic Education Board (SUBEB). She has gone ahead to reposition SUBEB and bring value into the state’s education system.

The Okitipupa born achiever attended St. Louis Grammar School in Ondo between 1964 and 1968 and later bagged a degree in Sociology from the University of Benin in 1979. Earlier, she had obtained a National Diploma in Secretariat Studies in 1973 from Ibadan Polytechnic. She was at the Federal Civil Service Commission, Anambra State Ministry of Information in 1980 for her National Youth Service Corp (NYSC). From there, she joined the services of the Federal Ministry of Employment, Labour and Productivity, where she served for 10 solid years.

Meanwhile, in 2013, she was appointed Director, Federal Medical Centre, Asaba, a position she held till 2015. Princess Oladunni Odu was appointed the Federal commissioner, Public Complaints Commission, Akure in 2015. She was again appointed the Chairman, Ondo State Universal Basic Education Board, by the Governor of Ondo State Arakunrin Oluwarotimi Akeredolu in October, 2017.

More also, the soft spoken trained lawyer has served in so many committees and as well received various awards to her credit. Some of these are Award of Honour for meritorious service by the Public Compliant Commission in 2018; Omoluabi Award of Excellence by the National Council of Women Societies in 2018; Patron, Nigerian Bar Association in 2017.

Others are Ondo State Female role model award by Heroes Magazine in 2017; Award of Excellence by International Inner Wheel in 2017; Distinguished Award by Association of Professional women Engineers in 2017; Award of Excellence by LXG in 2012; Vice Chancellor’s Prize for the Best performance at the Degree level in University of Lagos for 1988/1989 academic session; Final Year Student in the University of Lagos in 1989; and Positive Leader Award by Positive Organization, FRCN, Ondo in 2003, just to mention a few. Princess Odu was conferred the honour of Dame by the Methodist Church of Nigeria in 2013.

In her inauguration speech as the Chairman of SUBEB at the inception of the current administration, Princess Oladunni Odu described the governor, Arakunrin Akeredolu as a man of great integrity and high repute, and someone he would always support because he has good intentions for the people of the state. She called on the people of the state to give the governor their full support all the time.

She confessed that her determination was to leave the place better than she met it.

In her words, It is always my joy to touch people’s lives and I will continue to do just that without sentiment.”

In view of this part, at the assumption of office,

Arakunrin Akeredolu through the SUBEB Boss, Oladunni Odu was able to perform this magic within three years by accessing the counterparts funding by Universal Basic Education Centre (UBEB) hitherto unaccessed by previous administration in the state for four years. The failure of the administration to do that put on hold the renovation and construction of building and the situation got to the extreme that the schools were left in the hands of Parent-Teachers Association (PTA) to manage until Governor Akeredolu administration’s intervention.

The government of Arakunrin Akeredolu approached the bank for a loan of 3.9 billion to access the counterpart fund of UBEB to enable it expend a whooping sum of 7.8 billion to change the face of public primary schools in the state.

Presently, more than 518 projects have been completed in all the eighteen local government areas of the state in 228 primary schools. The projects range from construction of new building and furniture in some schools that needed it, renovation of old existing ones that could still be salvaged, provision of perimeter fencing for absolute security and safety.

Also, the projects accommodate provision of information technology and playground equipment to the targeted primary schools.

To meet the best global practice around the world, the State Government, also took time to design a modern toilets for primary school named containerised toilets to make more pupils have access to the school toilets at the same time.

These containerised toilets can abhor at least 15 pupils having their sanitation business. It is worthy of note that these toilets constructed in 78 schools is a total depature from toilet buildings that were available before now in the primary schools in the state.

It is entirely safe, clean, and user friendly. It is movable in case of change of location. It is educative and can be used as safety method for the children in a case of kidnapping.

However, the transformation of the public primary schools by Arakunrin Akeredolu through Oladunni Odu led administration has undoubtedly saved the almost collapsing structures of the primary schools in Ondo state and history will always remember this great fear for a long time.

Meanwhile, Princess Oladunni Odu has been canvassing for the reelection of Arakunrin Akeredolu ever since the Governor indicated his interest to govern the state beyond 2021. She has been empowering her constituents with cash and other valuables in the name of the Governor. In one of her sayings, she describes the various laudable projects of the Governor as quite unprecedented. “I’m very impressed with what our Governor is doing and because of his ongoing Laudable achievements, he deserve all our supports for re-election” .

She said this at the March edition of the monthly meeting of Okitipupa Local Government APC hosted by Igbisin-Ikoya-Oloto ward at the ancient town of Ikoya, the cradle of Ikale land.

According to Odu, “what count in governance is performance, and Akeredolu busy schedule in terms of provision of social amenities should be appreciated by all and sundry, and it should supersede Political hustling”.

“Akeredolu’s reputation as TALK and DO who is eager to confront challenges is highly noted and appreciated” , she further said.

“So, on behalf of the good people of Okitipupa Local Government APC, we reiterate our resolve to give Akeredolu a resounding victory in the coming polls in the State” , Odu said .

Meanwhile, ahead of forthcoming Local Government Election, the chairman equally canvassed for massive support for all APC candidates in the Election.

While thanking Akeredolu for renaming OSUSTECH to OLUSEGUN AGAGU UNIVERSITY OF SCIENCE AND TECHNOLOGY (OAUSTECH), the trained Lawyer equally enjoined the good loving people of Okitipupa Local Government and it environs to troop out in their large numbers to give maximum supports and appreciation to Arakunrin Oluwarotimi Akeredolu in the next election.

Notwithstanding, Princess Oladunni Odu is tested and trusted. With her evergreen political dexterity, to say that she is capable of occupying any higher political office in Ondo State and even Nigeria effectively is an understatement. Right from the military era, she has been occupying strategic political positions with quality performance up till this moment and the result has been commendable.