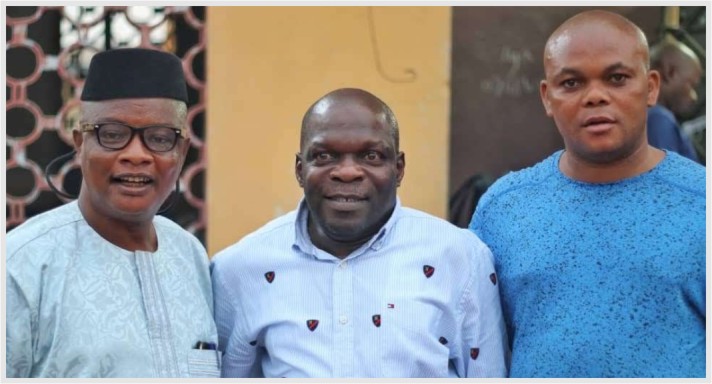 A few weeks back, was a busy one on the calendar of Ibadan social establishment, as 5 February-born celebrities marked their birthday in style. Any celebrity worth his or her salt must have attended one or two of the parties. It was celebration galore, judging from the fact that it was also the lovers’ week, Valentine.

Some of the celebrities threw mega parties, while others celebrated it in low key. But whether low or high key, the fact remains that all the events were classy and well attended by those who matter in Ibadan social and governerment circles.

Governor Seyi Makinde’s right-hand man, Otunba Seye Famojuro, opened the floor for the other celebrators. His birthday was on Valentine’s Day, Friday 14th February, 2020 and was duly marked. The event which took place at Governor’s Ikolaba GRA mansion drew the big names in Ibadan as well as government functionaries in the state. The whole place was turned into a small paradise with an elaborate decoration in Red and White, which symbolised the true meaning of the day, love. It was a party to remember for a long time in Ibadan; as all to drink and eat were made available. The entertainment aspect was not bad too. 5 well-known artistes shared one stage, as Treasure Band, David Ayinde, Taye Currency, Tayo King and Dele Bravo, respectively, thrilled guests. Some of the top dignitaries at the party include wife of a former governor of the state, Chief (Mrs.) Yinka Ladoja; Deputy Governor, Engr. Rauf Olaniyan; Chairman, Advisory Council, Senator Hosea Ayoola Agboola and several other important personalities who are too numerous to list. It was a kind of party, as people merried and danced till the wee hours of the next day.

Just as people were deep in celebration of Seye Famojuro’s party and a few minutes past 12 midnight, it was announced there and then that a former honourable in Oyo State Assembly, Hon. Ademola Ige was a year plus. It was his 50th birthday on Saturday, 15 Feb. 2020. He played host to an array of celebrities at a mega reception later in the day, at Celebrity Club, Bodija. His party was glamorous as well.

By Monday, 17 February 2020, it was the turn of the stylish and handsome Speaker of Oyo State House of Assembly, Rt. Hon. Adebo Ogundoyin. He added another year to his age too. But it wasn’t something much. He celebrated it on a low key. His close friends and colleagues later in the evening held a small get-together for him at the Legislative Quarters, Agodi GRA. As low key as the birthday gig was meant to be, however, it almost turned into a bigger celebration. As people kept trooping in to identify with the birthday boy and show their solidarity to the Speaker on his special day. It should be expected, Adebo Ogundoyin is young and vibrant and is well-loved and respected not only among youths but within political leaders and followers alike.

Meanwhile, in the centre of these gigs and birthday parties was one man, D.J Semite. He must have graced more than two, if not all, the parties. Semiu Okanlawon is an entertainment buff in Ibadan. He is a renowned D.J and an event manager who also deals in equipment and lighting. He is quite popular and respected and equally sociable. So, when he is not at the party working, he would be there as a guest. His birthday is 18 February, but he didn’t throw a big party. He just played host to some of his close friends and associates at the Ibadan Polo Club, where he is a prominent member later in the day. His workers were also not left out of action, as he took the celebration to the office the next day.

Also, the 19 February of every year is for the Ibadan-based celebrity fashion designer and CEO, Opulence Creation, Alhaji Bashir Akande, popularly known as ‘Ike Bashy’. This year was no different. The only difference is that he didn’t hold a big party. But his office, behind the popular Lister Building on Moshood Abiola Way in Ibadan was thronged by big boys despite the fact that it wasn’t a major party. Top celebs came in their numbers to celebrate with him. Trust him, he has never disappointed when it comes to playing host. He is an excellent host. Ike Bashir is also loved and respected in Ibadan; he is a lovable man with a wonderful personality. No wonder the small get together almost turned into a big party.