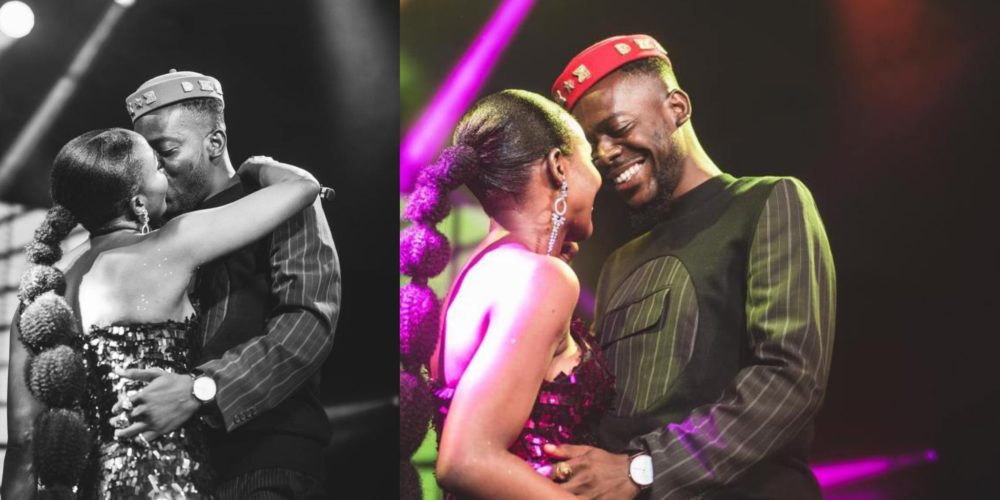 Top Nigerian Afropop vocalist, Simi, and her husband, Adekunle Gold, have taken to social media to share lovely messages to each other on their first wedding anniversary.

Simi shared an adorable wedding photo and video of the lovebirds in the company of a very lengthy romantic message.

She also lavished her husband, who is a singer and graphic designer, with encomium. Simi stated clearly that she does not support the idea of “couple goals”.

According to her, every couple should be allowed to dictate standards for themselves since marriage is a personal journey between two people.

“Don’t like it much when people “couple goals” us – cos as far as I’m concerned, we, i.e me and you, are on a personal journey,” she wrote on Instagram.

“Our ups our downs (Olorun o ni je ka rogun down), our growth, our learning and unlearning, our Love (aww) is our story. Everyone’s standard should be their best self. Thank you for being someone that makes me want to be my best self.”

She stated that the union has so far been a blissful ride, appreciating her husband for dousing her earlier fear that she would have to endure in the relationship.

“Before we said I do, 95% of the advice I got was “Endure”. I was stumped cos I’ve never been able to relate. Endure? Forever and ever? Like till the end of your days? Lol. Quite rubbish. Thank you for never ever being someone I’ve ever had to endure,” she added.

In his post, Gold relished his marriage to Simi, describing himself as “lucky” to have a “beautiful” wife like her.

The pair tied the knot in January 2019, with Simi hinting pregnancy in October last year.

Many Don’t Know MONIQUE Is My Real...