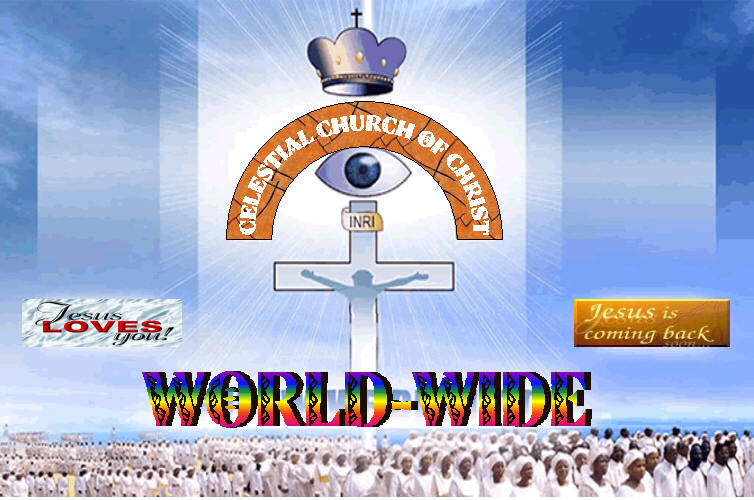 Have you noticed that Celestial Church members don’t wear shoes when they are in their white garments (sutana)?

Whenever they are on their way to church, or are in the vicinity of the church they go bare gooted. Not many know why. We can tell you. We can also tell you more about the Celestial Church of Christ is prophetic with Christian background. The faithfuls are called “Celestians”, and the church is sometimes informally called “Cele”. We can authoritatively tell you that the official name of the church was inspired

We can authoritatively tell you that the official name of the church was inspired in a vision by which Jesus said that church members should adore him as the angels do in heaven. According to a member of the church, Seyi Avoseh, the name of the church comes from the Bible: Deuteronomy 26:15 “Look down from thy Holy habitation, from heaven, and bless thy people Israel and the land which thou hast given us, as thou didst swear to our father, a land flowing with milk and honey”. The name signifies that they deem themselves as celestials or a representative of the Heavenlies on Earth. The church claims inspiration from God through the manifestation of the Holy Spirit among the faithfuls. Its doctrinal teachings are based on the Bible, and any superstitous or animist beliefs from traditional African religions

The name signifies that they deem themselves as celestials or a representative of the Heavenlies on Earth. The church claims inspiration from God through the manifestation of the Holy Spirit among the faithfuls. Its doctrinal teachings are based on the Bible, and any superstitous or animist beliefs from traditional African religions is excluded, as in other churches in the Aladura movement. The church is governed by twelve major recommendations, consisting of several banned things, including food, common to other monotheistic religions.

Tobacco, Alcohol and eating Pork is forbidden. The faithfuls must remove their shoes for prayer and in the places of worship. Men and women are separated at the church. Menstruating women and those who have recently given birth are unclean and cannot attend church events for 7 days in the first case after which they would be “sanctified”. Members of Celestial Church of Christ are forbidden to engage or participate in any form of idolatory, fetish ceremony or cults, black magic and charms. Only men who are “anointed” are allowed access to the altar.

We are starting with an issue that needs attention. It’s about a particular practice in Celestial Church of Christ. This practice makes a Celestial distinct from any other white garment church. That is going barefooted while in garment. I have heard a well known regular radio minister mocking us because of this. Almost every non Celestial Church member do so too. Has anyone ever challenged you saying:

Why don’t you guys wear footwear?  Must you subject yourselves to unnecessary pain and discomfort for you to make heaven?  Are you trying to be crazy for Christ? etc

Some will ignorantly ask, is it because the foot-size of your founder wasn’t available in the market?

What should be the answer to these questions? What comes to your mind?

Do you remember Moses? God asked him to loosen his sandals for where he was standing was a holy place (Exodus 3:5). Also do you remember Joshua? The Lord instructed him to do the same.

However, this answers can be challenged. Why? Because the Bible is not for Celestial Church of Christ members alone. Hence it will be inappropriate to say that we are simply emulating Moses and Joshua. Also, Joshua and Moses still put on their footwear after they left the holy place upon which they were standing. Hence, the answer does not show that we are led by God to do so.

It is better to say, that Celestial Church is divinely designed, hence all our practices are ordained by God including not wearing footwear while in garment and in the Church premises. One can now support this answer with the fact that God has instructed Moses and Joshua to do so in time past. And now he has instructed us to do the same, hence it is strictly God’s injunction to Celestials in particular and we therefore obey in faith. Thanks dear reader. Continue to bask in Celestial glory, till we meet again in next edition.