Chaos as suspected kidnapper is burnt alive in Lagos 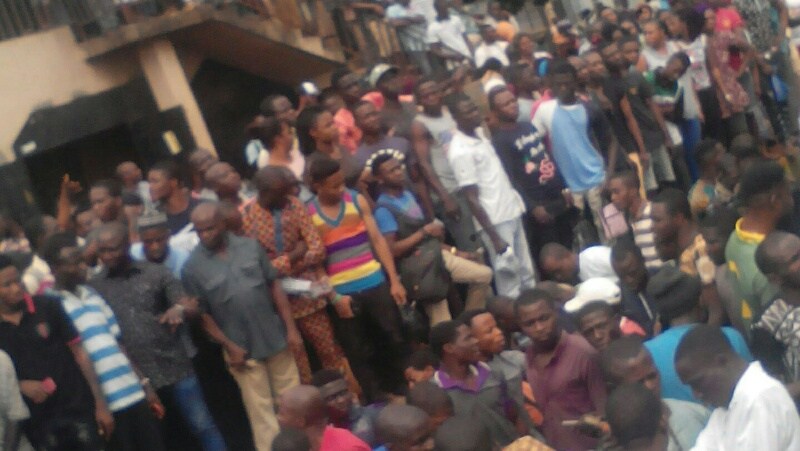 There is pandemonium at Obadeyi bus-stop, Ojokoro axis of the Lagos-Abeokuta expressway, as an alleged ritualist was apprehended by residents in the area.

PREMIUM TIMES gathered that the suspect was caught when passers-by overheard the voice of a woman allegedly kidnapped by the suspect and his accomplices.

Police officers at the scene could not control the crowd who are bent on lynching the suspect.

A witness, Adesola John, said passers-by overheard the voice of the allegedly kidnapped woman and began to comb the bridge on the expressway where the suspect was found.

“A woman was crying for help and people heard her voice and searched under the bridge before they found this man,” he said.

“The woman has not been found and, as you can see, we are still searching.”

Another witness who pleaded anonymity said there may be many victims trapped underneath.

Another kidnap suspect has been found while security officials search for a kidnap victim in Ojokoro, along the Lagos-Ibadan Expressway.

The latest suspect allegedly ran out of the other end of the hole being searched by security operatives including soldiers. He was subsequently caught by the mob.

The mob was bent on setting him ablaze too, but he was rescued by soldiers who took him away.

Soldiers are trying to control the mob while the pandemonium persists.

There is heavy traffic as vehicular movement on both sides of the highway has been slowed down by the heavy crowd.

The first suspect who was burnt by the mob is yet to be evacuated.

Search is still on for the victim, whose cry for help witnesses said they heard.

Chaos as suspected kidnapper is burnt alive in Lagos was last modified: August 8th, 2017 by Reporter