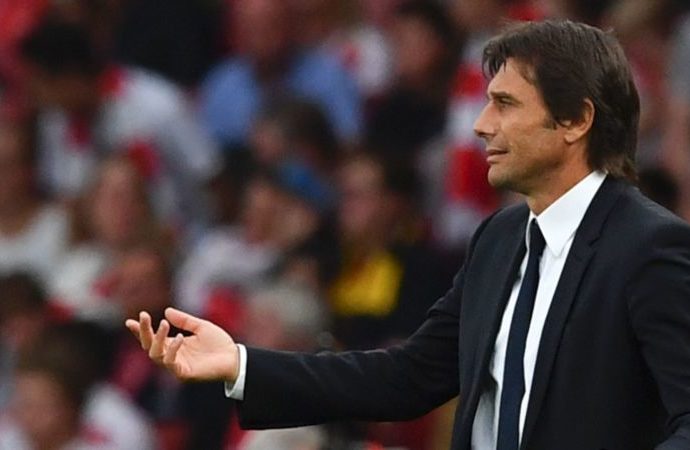 Chelsea boss Antonio Conte has asked for help from the media to highlight “strange” fixture scheduling as his side reached the last 16 of the Champions League with a comfortable victory against 10-man Qarabag.

Two goals from Willian, as well as spot-kicks from Eden Hazard and Cesc Fabregas, confirmed the Blues will finish in the top two of Group C with a game to spare.

But after the game Conte reiterated his concern at having to play Liverpool in the Premier League on Saturday, two days after completing a 5,000-mile roundtrip to Azerbaijan.

Chelsea had a similar turnaround between games with Atletico Madrid and Manchester City in September.
“To hear the complaints of the coach, someone has to help us. The press and the TV to underline the situation because it is strange,” said the Italian, whose side are third in the Premier League and two points above Liverpool.

“As you know very well the English League is very tough. There are six top teams that fight for the title. I don’t want to complain, but this is the reality.

“Now we have to travel five hours and a half and then rest one day and then prepare the game against Liverpool, another big game like Manchester City. To create for the second time in one month and a half is not right.”