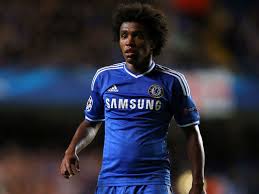 Chelsea winger Willian has agreed a three-year contract with Arsenal worth £100,000 a week, according to ESPN.

The Brazil international is set to leave Stamford Bridge after Chelsea’s clash with Bayern Munich this weekend.

Willian was also linked with Tottenham, but Arsenal are now set to sign the experienced winger.

The move will be announced before the end of the month as Arteta continues with his revamp of the Gunners squad.

Willian has scored 11 goals and provided nine assists for Chelsea in all competitions this term.