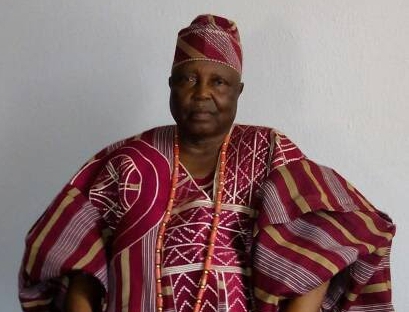 The family of late Chief Christopher Olorunfunmi Banjo on Wednesday said they would soon announce the burial arrangements for the late businessman and philanthropist, who died recently in Lagos.

Chief Banjo, the Aare Bobaseye of Ijebu-Ilodo, passed on at the age of 77, at Ikeja General Hospital, Lagos, after a protracted illness.

Mr Niyi Banjo, who spoke on behalf of the family at the residence of the deceased, told journalists that they were still deliberating on how to give their departed father a befitting burial.

Mr. Banjo said the plans would soon be made public.

He noted that Chief Olorunfunmi Banjo was a great father, a devout Christian and a senior member of the Anglican church of the Pentecost, Festac Town, Lagos, Church of the Ascension, Festac town, Lagos as well as Our Saviours Anglican Church, Ikenne, Ogun State.

According to him, “my dad lived a good life of service and he would be greatly missed for his philanthropy, fatherly advice and support to all”.

CHIEF FUNMI BANJO PASSES ON AT 77 was last modified: July 6th, 2019 by Reporter

WHY I DECIDED TO WRITE MY MEMOIRS – CHIEF OLUSEGUN OSOBA