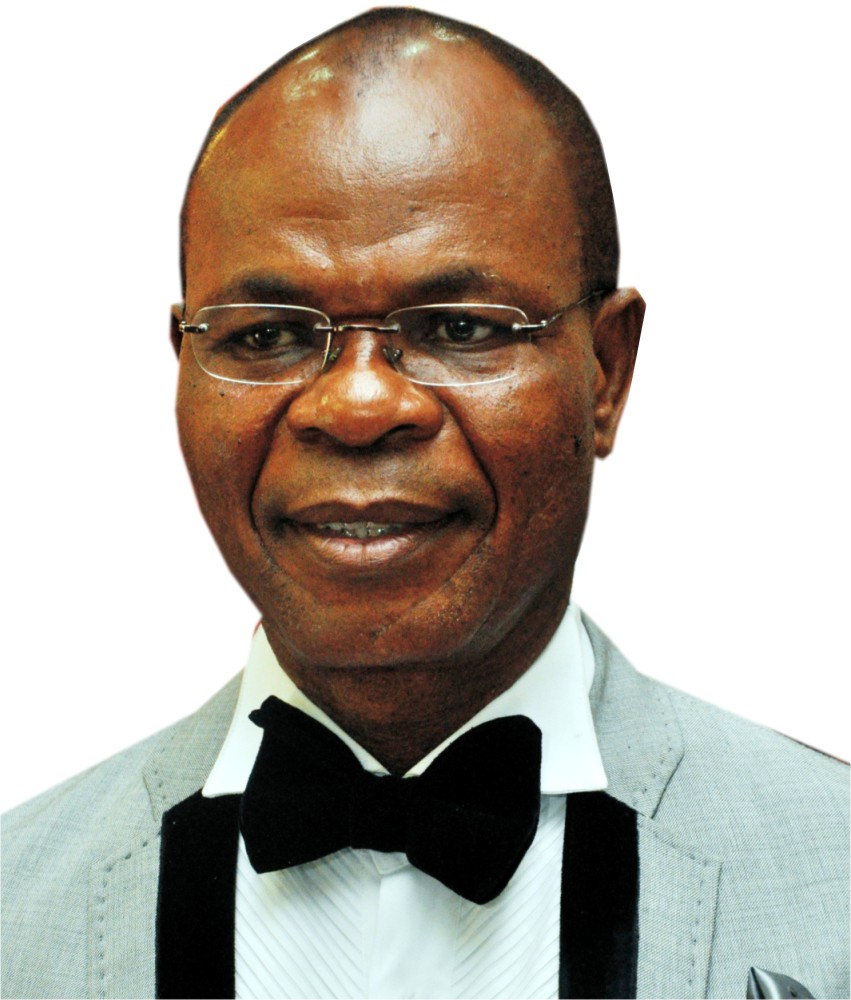 •Details Of The Showstopping Wedding

On Saturday the 9th, 2019, the families of Chisco Motors Boss, Chidi Anyaegbu and Sir Jonathan Anulude pampered their children, Chiamaka Anyaegbu and Chukwudalu to a luxury wedding ceremony which began at St. John’s Anglican Church, Falomo, Ikoyi Lagos. It was a showstopping wedding where money was put on display. It had all the trappings of a classy wedding. It was attended by many big wigs in the society who all came together to celebrate with Chisco Boss as he gives out his daughter’s hand in marriage in a colourful ceremony. TAYO FAJORIN OYEDIJI brings you gists from the event.

The bride, Chiamaka is the daughter of renowned , the Executive Chairman and CEO of group of companies, Dr Chidi Anyaegbu, MFR and his beautiful wife, Mrs Ngozi Anyaegbu who hail from Amichi,  Nnewi in Anambra State. The bride studied IT management at the University of Sheffield, UK, she is an IT consultant. The groom, Chukwudalu Anulude is the son of Sir, Pharmacist, Jonathan and Hon Justice Gloria Anulude, a high court judge of Anambra State. They also hail from Amichi, Nnewi in Anambra State. He graduated with a first class Honours degree and at a very young age, programmed and sold his first software called Manis inventory. They looked regal in their wedding outfits.

The wedding solemnisation took place at the prestigious St Johns Anglican Church, Falomo, Ikoyi. The church service kicked off with the entry of the beautiful bride, Chiamaka who looked like an angel in her wedding gown. She was walked into the church by her father, Chief Dr, Chidi Anyaegbu. The opening hymn was sang by the choir and congregation alongside. Then the introduction of the couple was next,the vicar of the church, Venerable Samuel Uhie took the couple through series of marriage rites,vowed declaration and exchange of wedding rings as they committed and professed their love for each other, after which their parents blessed them. In his sermon, the vicar urged the couple to always pray and put God first in all they do. He advised the new couple to always communicate with each other and always understand each other in order for peace to reign in their home. They later signed the marriage register and were presented to the congregation as husband and wife. Afterwards a thanksgiving session was done by family and friends and other well wishers.

CLASSY RECEPTION WAS AT LANDMARK CENTRE

The beautifully decorated wedding reception, Landmark Event Centre, Victoria Island was the venue for the classy reception party.The event commenced with the entry of the brides parents,alongside family friends and well wishers. They were ushered into the arena with good music from the Vintage band. The grooms parents, the Anuludes danced joyfully into the arena in company of family members, friends and well wishers.The most anticipated part of the event was the entry of the couple,they stepped into the arena in grandstyle and were ushered in by their bridal train with good music from the DJ.The opening prayers was said by Dr Sunny Acho of the Living Hope Assembly followed by the breaking of kolanut which is part of the traditional rites at Igbo weddings.

HEAVY SECURITY AT ALL POINTS

This was not one of the events where you gate crashed, it is for the selected few and strictly by invitation affair. Many guests were turned back at the entrance of the reception hall because of lack of IV. Security was heavily beefed up and they lived up to their billing as they manned the gate judiciously and made sure there was peace and order in guests movement from the church them into the reception hall.

What do you expect when someone of this caliber is having an event, definitely security guards will be at many strategic places. To say the brides father is a billionaire is stating the obvious as he rode into the church premises in a fully guarded entourage of a custom made Black Rollsroyce. His security details were seen ushering his car in. The stunch business has grown his transport business into a conglomerate, Chisco group having arms in Oil and Gas, finance, hospitality, real estate, education, import and export.

You will easily mistake the couple’s mothers for a twin because they wore same beautiful attire. They glowed in an off white with multicolored petal embroidery dress and matched it up with an expensive hair fascinators which made them look very hot.Their faces were also well made up and they practically did everything together for the day.

THEIR HUSBANDS WERE ALSO NOT LEFT OUT

The couple’s fathers were also looking dashing in their expensive tuxedo suit. It’s a combination of blue and black matched with a white shirt. One could easily see the joy of fatherhood on their faces as they beamed smiles all through and also danced. The marriage further cemented their relationship because they come from the same area, Amichi in Nnewi, Anambra State.

PRESIDENT GENERAL OF OHANEZE NDIGBO WAS THE CHAIRMAN

The chairman of the occasion was Dr John Nnia Nwodo who is the president general of OHANEZE NDIGBO. In his remark, he advised the couple to be united. He stressed that they should be able to love and tolerate each other. He also urged them to always abide with God.

He also doubled as the important guest who supervised the cutting of the wedding cake which at the mention of AMEN ,the couple cut the cake.

IT WAS A WEDDING OF UNLIMITED DANCE

After the cutting of the cake, there were many dance sessions that followed. The father and daughter dance and mother and son dance. They danced beautifully to the delight of guests. Swiftly afterwards was the couple’s first dance, also they had a dance with other couples that have been married for a long time. There was also a bridal party game where the bridesmaids who glowed in magenta dress were instructed to tie headgear on their groomsmen who looked dashing in their black tuxedo and afterwards a winner emerged. Family members, friends and well-wishers later joined them on the dance floor to celebrate in their joyous day with good music from a popular band, the Veentage band.

REEKADO BANKS MADE A SPECIAL PERFORMANCE

Popular Nigeria artiste, REEKADO Banks was on to entertain the couple and he ushered the couple in the second time with his hit music where many guests also danced and sang along with them. It was an electrifying atmosphere as all seats were empty with guests dancing on their feet for a long period.

There were a lot of Igbo bigshots who graced the wedding. They are all money bags and allies of the brides father who is from the east. Sighted were Fidelity Bank MD, Nnamdi Okonkwo, Allison Madueke, legal practitioner, Mike Igbokwe SAN, Rtd Gen Ike Nwachukwu,and others.

Their friendship is over 30 years and it keeps waxing stronger. Super billionaires, Alhaji Dangote and Forte Oil boss, Femi Otedola were seen in their usual manner in partying together. They dined and wined with the brides father.

SOCIETY WOMEN ARE LIFE OF A PARTY

The party also had retinue of celebrity women who trooped out to celebrate with the couple’s mothers. They all glowed in the onion colour Aso ebi Lace picked for the wedding and while some matched theirs with an onion colour basket Aso oke , most celeb women paired theirs with beautiful hair fascinators which was what the brides mothers also rocked. Hajia Bola Shagaya dressed differently in a monotone green colour lace, Joke Shogunro, Big Chi and Mrs Gwen Nwachukwu were also spotted and many others.

The closing prayer for the classy reception was said by former Lagos Commissioner and Director General of the Budget Office for the federation, Ben Akabueze.