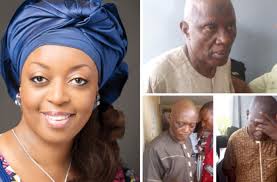 Both men were sentenced for allegedly accepting N264m bribe offered by former petroleum minister Diezani Alison-Madueke, to compromise the 2015 elections.

The Federal High Court in Lagos yesterday convicted both men after finding them guilty.