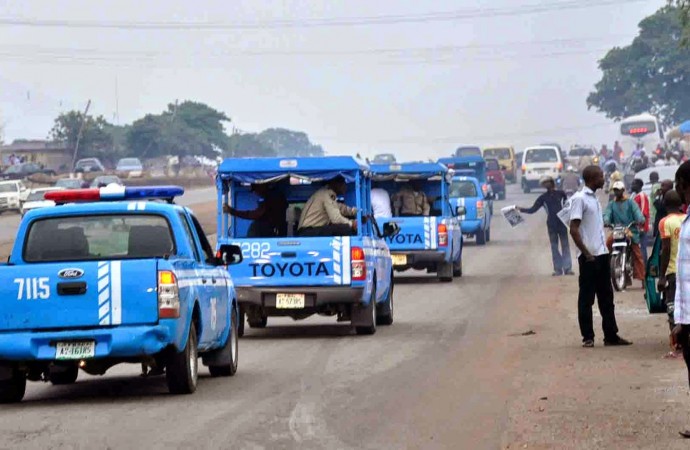 The Federal Road Safety Corps (FRSC) on Thursday said it had deployed 36,000 personnel comprising regular and special marshals across the country to ensure smooth traffic during the yuletide.

The Corps Marshal, Dr Boboye Oyeyemi, disclosed this while addressing newsmen in Abuja.

Oyeyemi said the end of year operations which would last for 28 days from Dec. 19 to Jan.15, 2016 would address traffic challenges.

He said this year’s special patrol was planned after conducting studies on traffic trends during the last operations, adding that logistics such as ambulances, patrol vehicles and rescue equipment had been deployed.

“I wish to point out that from the strategic goals of 15 percent reduction in road traffic crashes and 25 percent in fatality rate set for 2015, the corps is on course.

“For instance, as at September 2016, we had achieved 77.19 per cent of the expectation in road traffic crashes reduction, while 83.33 per cent was achieved in respect of the fatality rate reduction.

“The special patrol operation with the theme:“ Crash the Crash’’ involves the participation of law enforcement agencies as well as transport unions with support from some civil society organisations.

“The Nigerian Airforce would render aerial support for the success of the exercise by assisting in monitoring traffic trends and giving prompt directives for remedial actions to boost the efficiency of the operations,’’ he said.

The corps marshal said that 12 help areas had been established to ensure prompt response to safety and health issues that affect smooth movement during the period.

He listed the areas as, Osara in Kogi, Osun, IlesOsun, Ore in Oyo, Mowe in Ogun, Giri in FCT, and Agwu in Enugu.

Others are: Ajaokuta in Kogi, Lambatta in Niger, Akwanga in Nasarawa State , Bazuaye in Bauchi State, Jattu in Edo and Onigari in Iwo area along Lagos-Ibadan expressway.

Oyeyemi said that possible alternative routes along some major corridors in the bid to decongest gridlocks were also created for the benefit of the travelers who might need them.