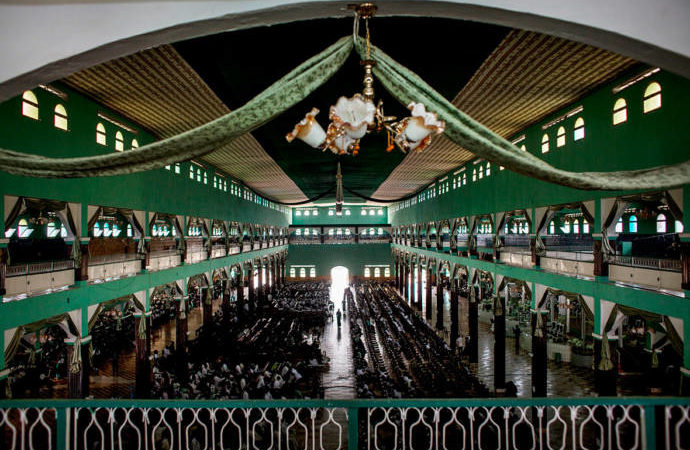 A South Africa’s Church has barred blacks from attending service as the church on Sunday disallowed two black journalists from entering.
The Afrikaanse Protestante Kerk church in Orania, told the journalists “the church is only for whites”.
Orania is an Afrikaans-only South African town located along the banks of the Orange River, in the arid Karoo region of the Northern Cape Province.
The journalists were on an assignment and decided to attend a Sunday service before returning to Pretoria but they were intercepted by a church leader, identified as Mr Theunis Oukamp, at the door.
According to Africa Review, Oukamp said allowing black people into an all-white church would be violating the “rights of Afrikaans people”.
“I am now in a difficult situation. You know that Orania is only for white people, this is why we are here.
“You must understand I know you want to serve God and everything but I have to protect the rights of Afrikaans people. So I cannot let you in, you guys can go to any other church, but this one is only for white people,” Mr Oukamp told the journalists.
Mr Langton Ndlovu, a Christian, described the move as ‘diabolical’.
“This is demonic, in this day and age, I never thought this was real. That’s unacceptable. I wonder how they read the scripture that says “there is neither Greek nor Jew” but we’re one in Christ,” said Mr Ndlovu.
The president of the South Africa Union Council of Independent Churches, Archbishop Modiri Patrick Shole, expressed shock that there was still segregation in the body of Christ, 23 years after apartheid ended.
“We don’t discriminate in church because before God we are one – whether white or black. I find it weird that we still have discrimination in the church,” he said.
Church Bars Blacks from Attending Its Service in South Africa was last modified: June 27th, 2017 by Arinze Ago