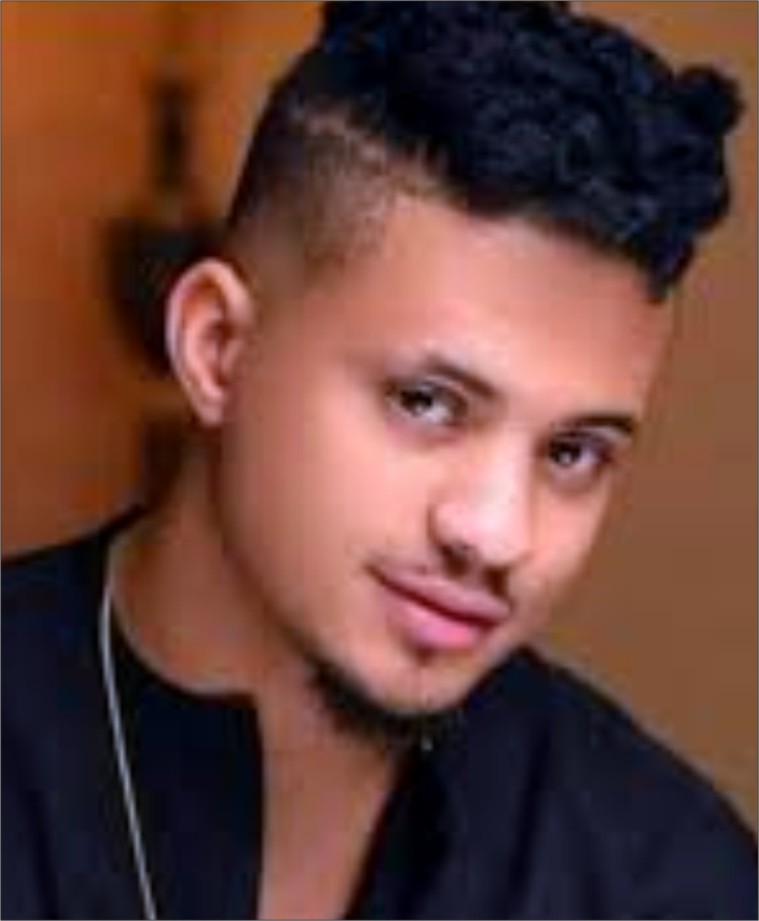 …4 Days Before His Death In LAGOS

On Sunday 9th October at the booksigning ceremony hosted by London based Yetunde Oduwole at Banana Island, Rico Swavey (Patrick Fakoya) was one of her guests. It was a classy event that was well attended. City People was there and we mingled with him and  other stars.

Boom, the following day on Monday he had a ghastly motor accident. When the sardonic news of the death of ex-Brother Naija star, Patrick Fakoya, popularly known as Rico Swavey broke last week Thursday, the entire Nigerian entertainment industry was thrown into mourning. The industry has lost a young celebrity with a bright mind and future to the cold hands of death. Many people are still in great shock as they never saw it coming.

Rico Swavey was reported to have died from complications from a car accident he was involved in on Wednesday which got him hospitalized and placed on life support due to injuries sustained in the crash.

The very stylish and handsome looking entertainer was a graduate of Law from Babcock University. He had begun his career as an artist after graduating from the university before he opted for Big Brother Naija season 3. He then fully went into acting and singing afterwards. It’s so disheartening to see him die at 29.

About 4 days to his death, precisely on the evening of Sunday 9th September, 2022, Rico Swavey was a guest at a book launch on the highbrow Banana Island, Lagos. The book was written by UK-Based Yetunde Oduwole aka Yetunde Bustline. City People Magazine covered the event not knowing that it was the very last time the deceased would be seen not to talk of bidding him farewell before death took him away.

Rico Swavey was full of life at the event. He was dressed in a white pair of trousers, a designer black round neck shirt with a “What’s That” inscription on it, his signatory face cap which was of colour white. Complementing his entire outfit was black and white sneakers. He was indeed a good dresser who didn’t joke with looking good at all times.

No one could ever imagine that he would give up the ghost so soon. He was as active and friendly as ever. He related well with the host, Yetunde Oduwole; Booma and White Money of the Big Brother Naija everyone at the book launch. He was sitting calmly at the extreme back seat until it was time for photo sessions. Later on, he was among those that gave their remarks about the book launched and its author, Yetunde Oduwole.

The handsome looking Rico gave a very brief but brilliant contribution to the theme of discussions which was centred on the book; Single Motherhood: The Success Manual. Not knowing that would be the last we would hear from him. Below is what he said few 4 days before he died:

“I came to Nigeria in 1998 from New York. I have younger ones and my mom did a lot in ensuring that we were properly brought up. She catered for every one of our needs and never gave room for us to go wayward. My mom would scold me and punish me. She will make me wash the plates from morning to night. I must say it was those teachings she gave us that made me who I am today. I don’t know what this generation’s parents are doing but I believe our mothers’ generation has done greatly. I have to celebrate and give accolades to that generation. I don’t know where we are still going to find mummies like that. I hope ladies nowadays can pick a lot of lessons from our mothers.”

It was still fresh in our memory how Rico Swavey rose to prominence courtesy Big Brother Naija Reality TV Show Season 3, Double Wahala Edition. He joined the TV reality show as a housemate with the aim to help his cousin who had autism and also to invest into his music career. Unfortunately, he didn’t stay too long in the house. He was evicted from the house after spending 10 weeks, precisely 70 days. While in the house, he was very reserved and assertive. He was one of the most fascinating house mates of the year’s show. He hardly talked but whenever he talked, he commanded lots of respect from the rest of the house mates. He was cool, calm and collected as well as someone loaded with wisdom. He usually cautioned them to avoid wasting foods which many people are dying to eat out there. He wasn’t the wayward type and many people love this. His arms are always open and welcoming for an embrace. His eviction from the house shocked many fans watching the show. Even his housemates couldn’t hide how much they would miss him in the house. No wonder they composed a lovely song to praise him for his exceptional character exhibited in the house. The death of Rico Swavey remains a great loss to all and sundry. City People therefore wish him a perfect rest in peace and pray that God grant his family the fortitude to bear the irreplaceable loss.

Matriach Of The KEHINDE Family Passes On At 93