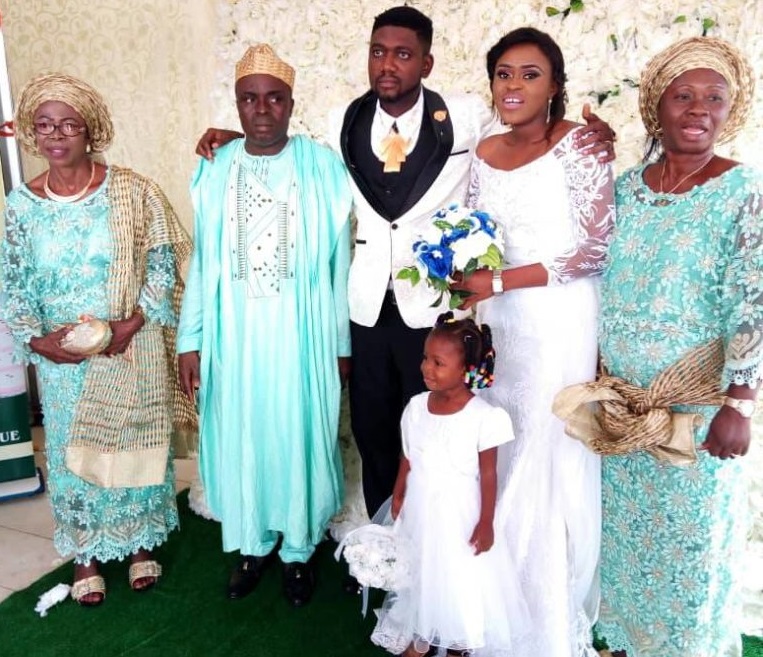 The wedding day is always very special in the life of a couple most especially when glitz and glamour are being added to the already colourful day through the calibre of people present at such an event. Such was the story of City People’s sports journalist who married his heartthrob, Funmilayo Dorcas Ayanwusi on Saturday, August 25th, 2018.

What started as a rainy Saturday did not look like it was going to pull the kind of crowd it did, however, it was indeed a very successful event as the groom stepped out in grand style to walk his wife down the to the podium of D’Cubicle event centre situated along Lasu-Igando road, Isheri Idimu, Lagos.

The event which was managed by Rhode’s Code & God is Able Event planners had in attendance, HRM Wahab Ayinde Balogun the Onisheri of Isheri Land who deferred the rain to honour the couple with his royal entourage and in the company of his Olori.

Parents of the bride Dr and Mrs Ayanwusi danced majestically to the high table as they were afterwards joined by the parents of the groom, Dr and Mrs Fabunmi. The two couples both had a large entourage that accompanied them to the table of honour. 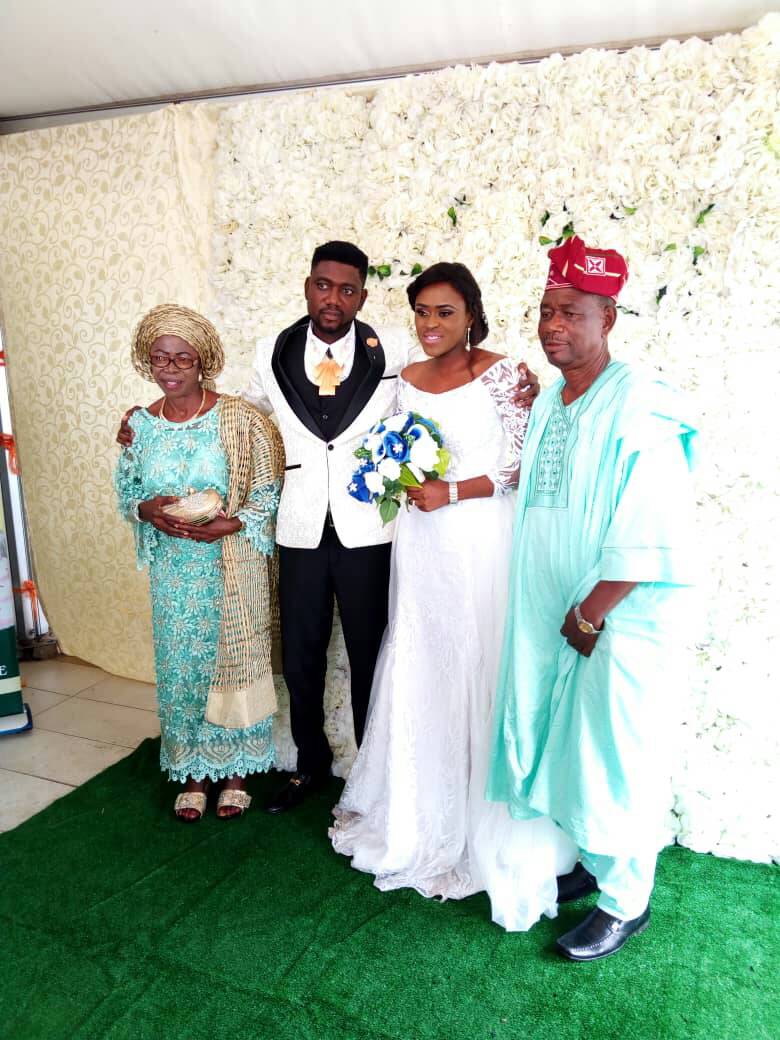 The Chairman of the day, Hon Tobun Abiodun did excellently well in performing his duty as he gave both moral support and tangible advice to the couple, encouraging them to remain friends forever and build their relationship on love and trust.

Femi’s stunning outfit of well-flowered cream coloured blazer on black pant became the talk of the town as the couple held their first nuptial dance and kissed passionately as a seal of their love for one another in the presence of all the guests who came to celebrate with them.

The event was a beautiful show of celebrities as several journalists in the print and broadcast media flowed in to show some love for their colleague and the new bride whose wedding gown displayed elegance and royalty. 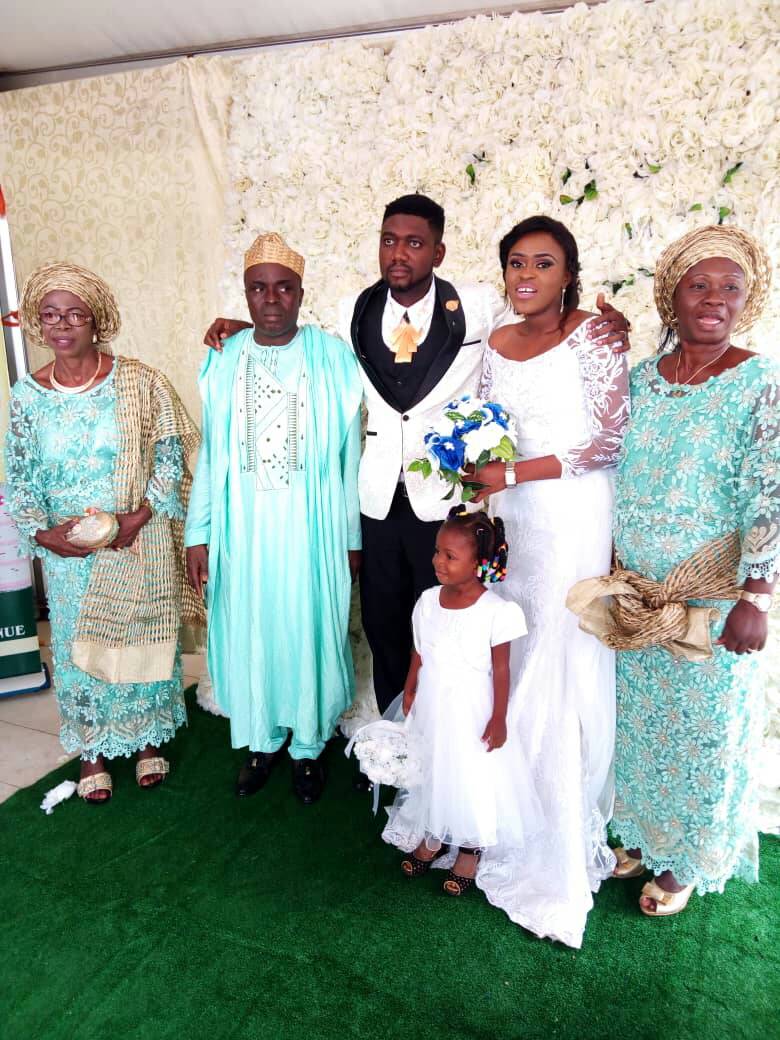 Other dignitaries present are the Bobakeye of Ikotun Land, Borokini Of Agodo Land, Chief Morakinyo Kuti of Day by Day Hotels Iyana-Ipaja, members of staff of Samaria Hospital, the Obafemi Awolowo University, OAU Ife Alumni who marked their presence by singing the school anthem, and a host of others.