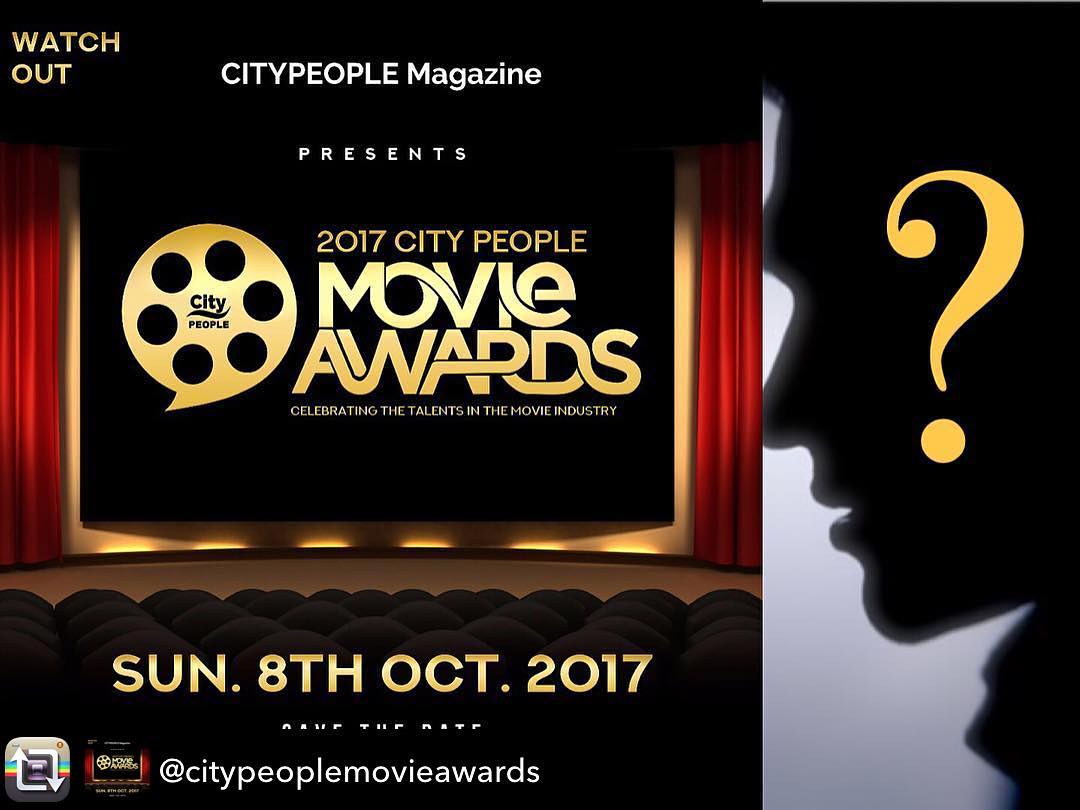 Preparations are in top gear for the 2017 edition of Nigeria’s biggest movie Award, the City People Movie Awards which holds on Sunday 8th of October, 2017.The award which has been in existence for 8 years now, has over time awarded and recognised veterans, seasoned and upcoming movie stars who have made a great impact in the industry with their acting prowess. It is arguably the only award in Nigeria that amply celebrates all the indigenous movie sectors with emphasis on the 3 major movie sectors in Nigeria namely: English, Yoruba and Hausa.

The award which was formerly known as the City People Entertainment Awards, comprising of both the Movie and music sector, has been divided into 2 major categories: City People Music Awards & City People Movie Awards, owing to the huge turn out. This is to enable the organisers give maximum attention to each sector .The Music award which held some weeks back recorded the presence of key players in the sector and the movie segment promises greater expectations. City People Head of Movie Desk VIVIAN ONUORAH brings you the countdown to this movie awards.

The 2017 City People Movie Awards will be anchored by the best professionals in the business, they are none other but the duo of talented comedian Tee A and Nollywood Star Actress, Mercy Johnson

This duo are undoubtedly the perfect match for the award ceremony as Tee A who is currently the most sought after comedian in Nigeria will be bringing his A game to the awards. His presence adequately guarantees there will be no dull moment at the event. Hardly will any weekend pass by without the mutli talented comedian anchoring a minimum of two events and he is well loved by many for his humility and amiable nature.

From his jokes that practically leave everyone panting with laughter, he has  garnered a huge followership over the years.Although he wears a humble demeanour that belies his wealth, Tee A is currently one of the richest  comedians. He  started his professional career as an undergraduate of the University of Lagos before he launched into the scene 20 years ago, growing under the tutelage of veteran comedian Ali Baba.

Asides being a comedian, he is also a businessman. He is the CEO of First Class Entertainment and First Class Screens and also recently launched into the auto mobile business. His family TV show ‘Tymeout With Tee A’ is a global hit, showing in five continents and hundreds of countries around the world. Vivacious and multi-talented Mercy Johnson will definitely light up the whole arena with her charming personae.

This years award will witness the recognition of some of the veterans in the sector like Prince Jide Kosoko & Oga Bello, for their roles in the movie sector.

This year’s award ceremony will also be tagged around celebrating some of our icons in the Movie industry whose giant strides have earned the industry multiple recognitions at different international film festivals.

Seasoned film maker, Kunle Afolayan has been active in the Nigerian film industry for over two decades and  has made several extremely popular titles including: The Figurine: Araromire which was in the Yoruba and English languages and Phone Swap which featured Wale Ojo, Joke Silva, Nse Ikpe Etim and the legendary Chika Okpala. The Figurine won five major awards in the African Film Academy and experienced tremendous success in the Nigerian movie theaters.His movie Phone Swap premiered in France at the first edition of Nollywood Week Paris and won the Public Choice Award. His movie The CEO was also screened at Toronto International Film Festival. The London premiere held in October 2016 at Leicester Square Vue Cinema and had a special premier edition Air France flight 149 from Murtala Muhammed International Airport in Lagos to Paris Charles De Gaulle overnight.These are just a few of his laudable achievements in the industry.

TV star and media entrepreneur Mo Abudu has brought a breath of freshly fragranced air to the movie scene with her captivating movies. The Ebony Life TV boss launched into movie production with her Ebony Life Films Production movies Fifty, The Wedding Party which generated a lot of buzz locally and internationally. in 2016, “The Wedding Party,” – a collaboration between Ebony Life Films, Film One Distribution, Koga and Inkbot – was among the eight Nollywood Films selected to screen at the Toronto International Film Festival as part of its City to City programme. Her latest movie titled The Royal Hibiscus will be premiered at the 2017 Toronto International Film Festival as the only full feature Nigerian film. She is a Nigerian talk show host, TV producer, media personality, human resources management consultant, entrepreneur and a philanthropist. She has been described by Forbes as “Africa’s Most Successful Woman”

Asides the competing categories, there will be Special recognition awards for some key players in the movie industry from all the sectors and also brands that have contributed to the growth of the industry. In the past, a lot of veteran stars have been honoured with special recognition awards, the likes of Zack Orji,Franca Brown, Patience Ozokwor, Paul Obazele,Ejike Asiegbu,Ngozi Nwosu, and a long list of others. This category of Special Recognition focuses on legends and veteran stars whose acting career spans several decades.

HERE ARE THE CATEGORIES

The 2017 City People Movie Awards has 60 competitive categories for the 3 movie sectors, English, Yoruba , Hausa and also Ghana. The categories are divided into these 3 sectors and practitioners from each sector will compete for the award, which means there will be 3 winners for all categories from the 3 different sectors. The Best Actor of The Year  Award is a category of the actor who has blazed the trail in the last one year with his movie roles , same goes with the Best Actress of the Year category.

The Face of Nollywood  award is a category for Nollywood personalities with an outstanding performance in the last year and it is not restricted to their movie roles but general activities that have impacted in the industry for that period of time. Other categories include the Best Supporting Actor of the Year, Best Supporting Actress of the Year, Revelation of the Year , a category for a relatively new and the hottest sensation that rocked the industry.

Tug Of War: Senate Confronts Osinbajo – Tells Pencom, 2 Others Not To Resume Before Confirmation