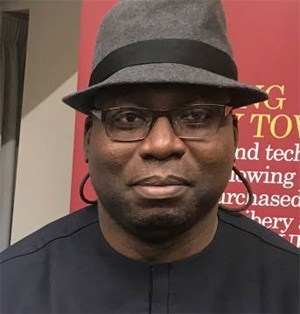 The Independent Corrupt Practices and other related offences Commission (ICPC) said it has observed that some civil servants convicted of fraud return to their former position.

The Chairman of ICPC, Bolaji Owasanoye, said this Tuesday at a National Summit on Diminishing Corruption in the Public Service.

The two-day event is organised by ICPC in collaboration with the Office of the Secretary to the Government of the Federation in Abuja on Tuesday.

He said that the commission had discovered that some civil servants served conviction terms and return to work as if nothing has happened.

“Such persons should be flushed out of the system in accordance with extant laws. We have communicated a list of such persons to the government,” he said.

“All Anti-Corruption Agencies (ACAs) as a policy ought to have seamless access to existing databases of suspects and the profile, biometric of persons of interest.

“Inter-agency collaboration is essential to avoid duplication and waste of resources in the investigation and prosecution of cases.

“This is also in line with Mr President’s Economic Recovery and Growth Plan (ERGP) agenda for 2019 and Beyond.”

He also disclosed that by next week the ICPC would be launching nationwide, community enlightenment and advocacy initiative called “My Constituency, My Project”.

He said that using the programme, the commission would sensitize communities to own projects approved for them by the government and to know the amount involved.

“We have disaggregated project allocation to each senatorial district and local government area in Nigeria.

“We have also created a toll tree line through which Nigerians can call to find out the projects allocated to their constituencies.

“We have uploaded this information on our website and we will also publish in leaflets. We hope to make this an annual initiative in order to remove the opacity and secrecy that currently dog’s constituency projects.”

The chairman pledged that the ICPC was available to cooperate with and support the efforts of the government and also the leadership of the other arms of government to fight corruption and improve fiscal transparency and governance.

“No less is expected of us, this is what our law says we should do and this is what we will strive to do within our capacity.”

Also at the event, President Muhammadu Buhari Tuesday called on the National Assembly to fast-track the passage of the Special Crimes Court Bill.

‘‘I invite the legislative and judicial arms of government to embrace and support the creation of Special Crimes Court that Nigerians have been agitating for to handle corruption cases.’’