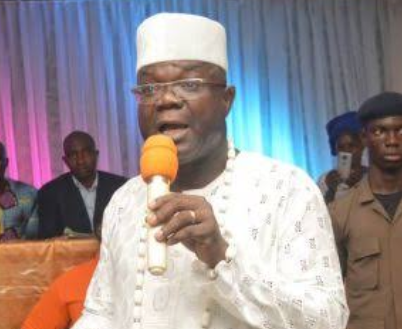 The gubernatorial candidate of the Alliance for Democracy, AD, High Chief Owolabi Salis has pleaded with all Muslim clerics to always say the truth whenever situation arises so that Lagos can be free from systemic and monumental slavery the state has found itself.

Chief Salis made this call on Monday at the Lagos Island central mosque when the Muslim Community of Lagos in conjunction with the Council of Chief Imams of Lagos hosted him in a parley.

Imams are regarded as the people of God, when one Imam speaks, it is like 10,000 people talking because of the responsibilities placed on them. Therefore, to free Lagos from the mess it has been enmeshed in, clerics must endeavour to speak the truth always, he said.

The event which was aimed at making the plights of the Muslim community in Lagos known to all aspiring governors in the state had the President-General Prof Tajudeen Gbadamosi leading a host of other stakeholders of the community in a face to face request to the next governor of the state.

Prof Gbadamosi in his opening remarks stated that the inclusion of Chief Salis’ name to the list of candidates by the community for the discussion was as a result of popular demand.

The Muslim community of Lagos while presenting its agenda to Chief Salis revealed that serious attention is needed in some of these areas in the state including health, education, economy, judiciary, women and youths amongst several others.

It further stated that since Muslims constitute the larger percentage of the population of the state, consideration must be given appropriately during the of officers that will run the affairs of the state.

Chief Salis while responding to the agenda of the Muslim Community of Lagos revealed that his campaign manifestoes have already been represented in their prayers and further said that if voted as the next governor of he would improve on the housing scheme for the masses which was not even represented in agenda presented to him.

Speaking with journalists, Chief Salis reiterated that the people should come first in governance if the intention of the state is to develop and not otherwise.

“My message for the people is to assess the situation in Lagos and vote for AD because we actually represent the people. The people have been suffering and there are a lot of problems when it comes to the well being of a lot of Lagosians.

“And when you are in the government, your loyalty is supposed to be to the people you are governing, that is the problem we have right now.

Some of the Muslim community dignitaries present at the meeting include His Eminence, Abdulafeez Abu, Baba Adini of Lagos, Olayiwola Babalola, Saraki Adini of Lagos, Alhaji S.O. Babalola, Deputy President-General, Supreme Council of Islamic affairs in Nigeria, and a host of others.

Clerics Must Say The Truth To Save Lagos From Slavery – High Chief Owolabi Salis was last modified: January 11th, 2019 by Damilare Salami