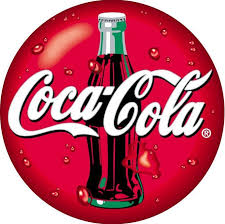 Coca-Cola will soon be giving Japanese consumers a new kind of buzz.
In a departure from its traditional soda business, Coke (KO) plans to launch an alcoholic drink in Japan this
year. It’s trying to get in on the growing market for “chu-hi” — canned, flavored drinks typically made with
sparkling water and shochu, a Japanese spirit distilled from grains.
The new drink is a “highly Japan-specific approach given the complexity and richness” of Coke’s range of
products in the country, Coke spokesperson Yohko Okabe told CNN on Wednesday.
The company declined to give further details on the plans, but in a recent blog post, the president of Coca-
Cola Japan said the drink would be “unique” in Coke’s history.
“We haven’t experimented in the low alcohol category before,” Jorge Garduño said in the post.

The storied soft drinks company is set to enter a crowded market. Big Japanese beverage makers
like Kirin (KNBWY) and Suntory (STBFY) already produce popular “chu-hi” drinks.
Brewing up an alcoholic beverage is just Coke’s latest Japanese experiment.
The country is one of the company’s most competitive and fast changing markets. It says it launches about
100 new products there every year.
Other big global brands have tried unusual things to cater to Japanese consumers’ palates. Nestlé opened a
factory last year in Japan to meet the growing demand for weirdly flavored KitKat bars.
Coke has dabbled in alcohol in the past, buying wine businesses in the US in the 1970s. That foray was
widely seen as a failure, and it quit the wine industry a few years later.
Related: The world’s most valuable liquor company is now Chinese
But CEO James Quincey has said the company needs to experiment beyond its classic soda brands.
Some drinks it created specifically for Japanese consumers have found success in other markets.
Few Americans have heard of Aquarius (a sports drink), Georgia Coffee (a canned coffee drink) or
Sokenbicha (a blended tea drink), yet Coke says that each of those concoctions created for the Japanese
market has generated global sales of $1 billion or more in the past five years.
Coke fans outside of Japan hoping for a stiffer drink from the company shouldn’t get their hopes up, though.
“I don’t think people around the world should expect to see this kind of thing from Coca-Cola,” Garduño said
of the planned “chu-hi” drink.
But in an interview with CNN last month, Quincey left open the possibility of introducing alcohol in the US
one day.

Kashamu extradition to face trail in US faces another set back.