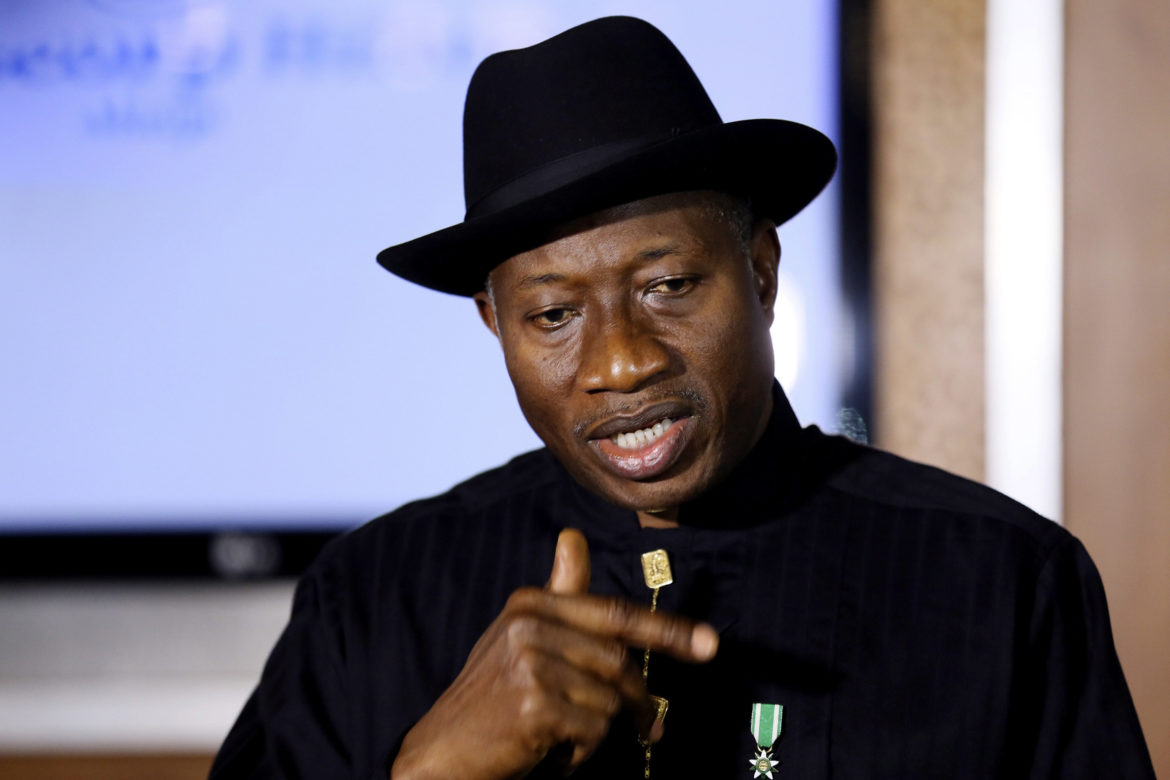 Former President Goodluck Jonathan has said the reason he conceded defeat in 2015 is because he believes Nigeria has to grow the credibility of its democracy to a stage where we no longer have to wait for court judgments to conclude our elections.
According to Independent, Jonathan revealed this while speaking at the sixth edition of African Ambassadors Interactive Forum (AAIF) and dinner, organised by African Third Sector Resource (ATSR) in Abuja, where he was presented with the ‘African Leadership & Achievement Award’.
The theme of the conference was ‘Deepening Democracy and Ensuring Human Security’.
He said: “I always say that I reformed the democratic process as president in order to consolidate democracy in Nigeria and the sub-region. I conceded defeat without a fight because I wanted to set a standard for our democracy, going forward. My aim then was to change the narrative and prove that election-related litigations should no longer define Nigeria’s democracy. People must not always go to court and obtain judgments before elections in Nigeria are declared complete.
“We don’t get to hear about such court cases in mature democracies. I wanted us to get to that point in our democratic experience. I thought that it wouldn’t be out of place if we got to that stage where those who lost elections would be able to congratulate those who won.”
Opening up further on the real reason for the decision he took, the ex-president said his commitment to the protection of lives and investments of Nigerians, their assets and the economy made him concede defeat and avert looming crises.
Represented at the occasion by Abubakar Suleiman, the former Minister of National Planning, Jonathan recalled that already some agencies in the United States had predicted disintegration following the growing tensions on the land at the time, stressing that Nigeria and indeed the African continent could have been doomed if the country was allowed to slide into anarchy.
He said: “Above all, what that decision did for me and the nation was to avert a looming crisis. Given the tension in the land at that time, I was deeply contemplative of what would have happened if we had let our nation, the biggest black nation on earth, slide into anarchy, because of contestations for power. What then would have happened to our citizens, Nigeria’s economy and the investments driving its growth? I was convinced that the implication for peace and the economy of the sub-region and the rest of the continent, couldn’t have spelled anything else but doom.
“Recall that after the 2011 presidential election which most observers adjudged transparent, with my victory generally seen to have been well deserved, crisis and conflicts still surfaced that claimed the lives of many of our compatriots, and properties worth billions of naira destroyed. I am always saddened each time I remember that among those who died needlessly then were 10 youths undergoing the compulsory one-year national service, who unfortunately got killed in a state where I secured only 16 per cent of votes.”
Earlier, Chijioke James, the executive director of ATSR, had said the organisation had facilitated the forum to celebrate the fact Nigeria was able the get the narrative right in her 2015 elections.
“It is a very positive narrative because, of recent the narrative has been negative. Nigeria has got it right. We conducted an election that was acceptable; an election that did not allow blood to spill. And that calls for recognition,” he added.
Why I Conceded Defeat Before 2015 Poll Result Was Declared – Jonathan was last modified: October 27th, 2017 by Arinze Ago