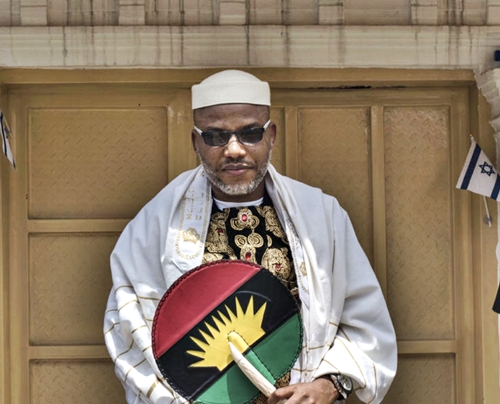 Here are new photos of the current state of Nnamdi Kanu’s house after soldiers raided his abode in Umuahia, Abia state. The Nigerian army on Sunday, October 8, reportedly stormed the home of the leader of the Indigenous People of Biafra (IPOB), Nnamdi Kanu.
According to several reports, including a claim by a former Minister of Aviation, Femi Fani-Kayode, the army carted away some personal belongings of the IPOB leader.
Nnamdi Kanu’s brother, Prince Kanu Meme, claimed that the soldiers went away with clothes, generators and furniture in their trucks.
See photos below: The Condition of Nnamdi Kanu’s House After Second Military Raid in Umuahia (Photos) was last modified: October 12th, 2017 by Arinze Ago

Tagbo’s Death: Davido Speaks up on False Evidence and Arrest by Police

Meet The Regents Who Rule ONDO &...