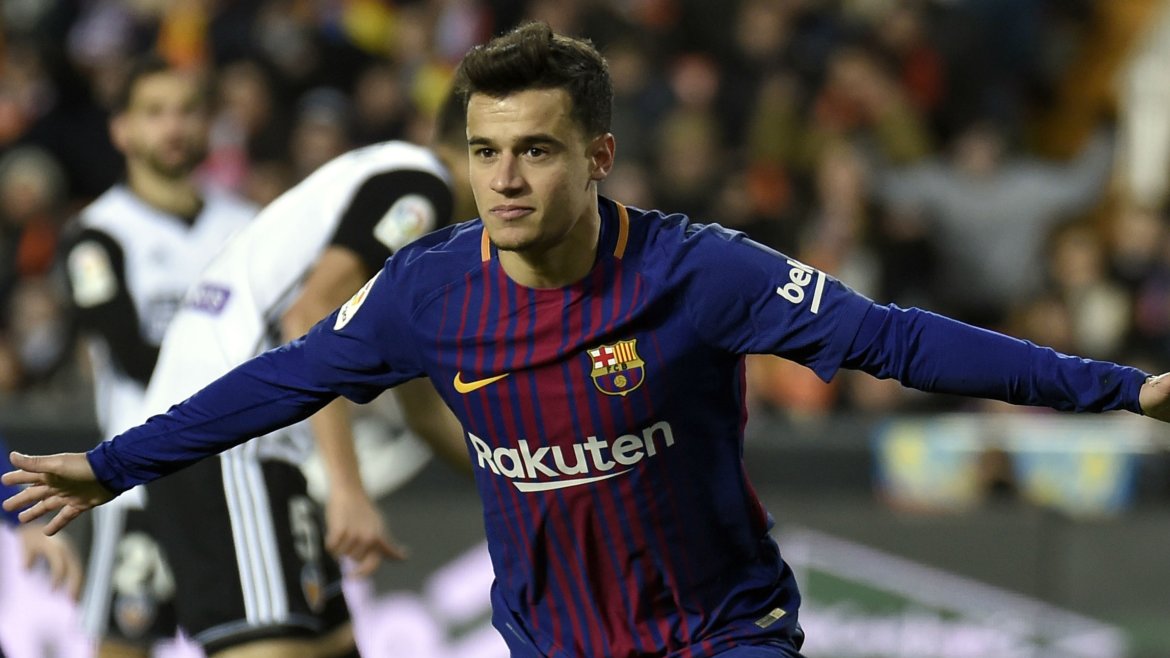 Philippe Coutinho scored his first goal for Barcelona as they secured a 2-0 win over Valencia on Thursday and a 3-0 aggregate victory in their Copa del Rey semi-final.

The Brazil international, a €160million signing from Liverpool last month, came off the bench to break the deadlock before Ivan Rakitic sealed the win and kept the Catalans’ hopes of a treble alive.

Coutinho was perhaps surprisingly left out of the starting line-up in favour of Andre Gomes at Mestalla as head coach Ernesto Valverde named a strong side that included Gerard Pique, who recovered in time from a knee problem.

Valencia had lost their last three matches in a row but looked the more dangerous in the first half, with Rodrigo Moreno powering their best chance off the underside of the crossbar.

Coutinho’s half-time introduction changed the course of the game, though, the midfielder sweeping home a cross from fellow former Liverpool man Luis Suarez, who also set up his first goal for the Premier League club back in February 2013.

Rakitic finished in style after more good work from Suarez, meaning Barca will meet Sevilla in the final in a repeat of the 2016 showdown after Vincenzo Montella’s side beat Leganes 3-1 over two legs.