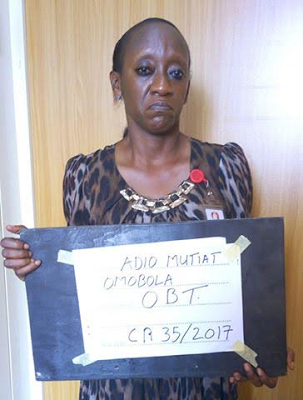 Justice S. Olagunju of the Oyo State High Court sitting in Ibadan, Oyo State has ordered that Mrs.Mutiat Omobola Adio, the deputy chief registrar of the Ibadan Judicial Divison of Oyo State High Court, be remanded in prison custody following her arraignment on Friday, on a 2-count charge of fraud to the tune of N9.2million by Economic and Financial Crimes Commission, EFCC.

Adio allegedly collected the said sum as payment for a property located at Plot 10, Block XXIV, Bashorun Estate, Ibadan, sold to one Yekini Olonade, but failed to surrender the title documents of the property to him.

Efforts of the victim to either recover the money or have possession of the property yielded no result.

The offense was contrary to Section 1 (2) of the Advance Fee Fraud and Other Related Offences Act, 2006 and punishable under Section 1 (3) of the same Act. 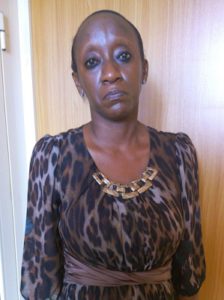 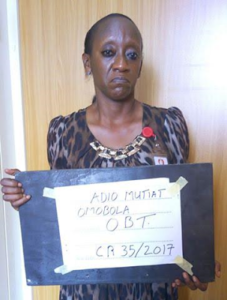 One of the counts reads:

‘That you, Ms Mutiat Omobola Adio on or about the 19th of December, 2016, at Ibadan within the Ibadan judicial Division of this Honourable court with intent to defraud, obtained the sum of Nine million and Two Hundred Thousand Naira (N9,200,000,00) only from one Alhaji Yekini Olonade through Kunle Abimbola by falsely pretending that it was part payment of the cost price of a building and land situate, lying and being at plot 10, Block XXLV, Bashorun Estate, Lagelu Local Government Area, Ibadan which you purported to have sold to him’.

The defendant pleaded not guilty to the charge.

In view of her plea, counsel to EFCC, Oluwatoyin Owodunni, asked the court to fix a date for the prosecution to present its witnesses and for the remand of the defendant in prison custody pending trial.

But, Adio’s counsel, T. O. Moneke, prayed the court for a short adjournment to enable her file application for bail of the defendant.

Justice Olagunju adjourned the case to May 5, 2017, for the hearing on the bail application.

Why Major HAMZA AL-MUSTAPHA Is Running For...