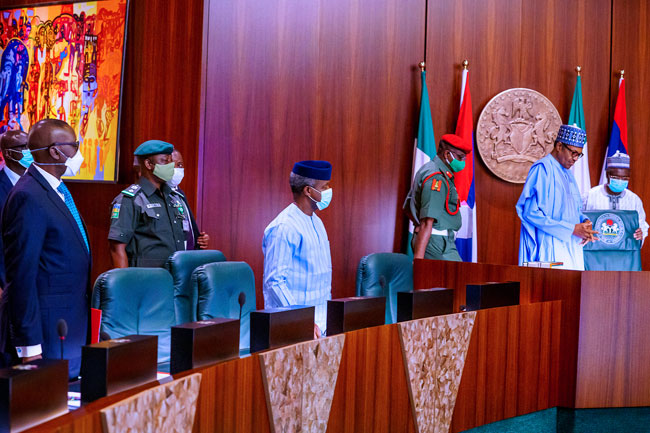 A survival fund to support small businesses, artisans and private school teachers is underway, the Federal Government said on Thursday.

Vice President Yemi Osinbajo said data compilation for those eligible is ongoing while the criteria for would-be beneficiaries are already set.

Describing the plan as part of its economic sustainability programme, Osinbajo explained that this is part of President Muhammadu Buhari’s commitment to saving jobs and creating new ones, despite the pandemic.

He spoke on the state of the nation through the COVID-19 pandemic at the on-going 60th Annual General Conference of the Nigerian Bar Association (NBA).

Osinbajo said: “Through the Economic Sustainability Plan, the Federal Government’s focus is to save jobs and create new ones. Similarly, there is a survival fund and payroll support for artisans, private school teachers and small businesses.

“We are currently compiling the data, the criteria are already set. There are plans also for other sectors, including the hospitality and aviation sectors.”

On the economy, the VP noted that despite the -6 percent decline in Gross Domestic Product (GDP), Nigeria had fared better in comparison to other economies, such as South Africa and much of the top 20 global economies.

“The truth is that many countries experienced a severe decline in many areas but in comparison to other economies in terms of GDP of -6 percent, we are good and better”, he maintained.

Nevertheless, he added, it was no reason to gloat.

“Economics, like politics, is local. In comparison to other economies, we have fared better. We, however, recognise, that there is a severe decline. The Economic Sustainability Plan is our response to that and we will focus on local industry, local resources and local production.

“For agriculture, we have registered farmers using the Geographical Information System (GIS), tied them to big agricultural businesses, provided some financing and the government will be final off-takers for their produce. This is to ensure that local production goes on,” he explained.

On housing, the Vice President said 300,000 units under an envisaged housing programme using local materials, were on the table.

He said 11 state governments had provided land and “these houses are to be built by young engineers, architects and artisans. We hope to build thousands of two-bedroom apartments for about N2 million each.”

Responding to questions about his political future in 2023, Osinbajo said he was “incredibly grateful” for the opportunity to serve Nigeria and was focused on doing just that.

“There are issues to be tackled and that has my undivided attention,” he said.