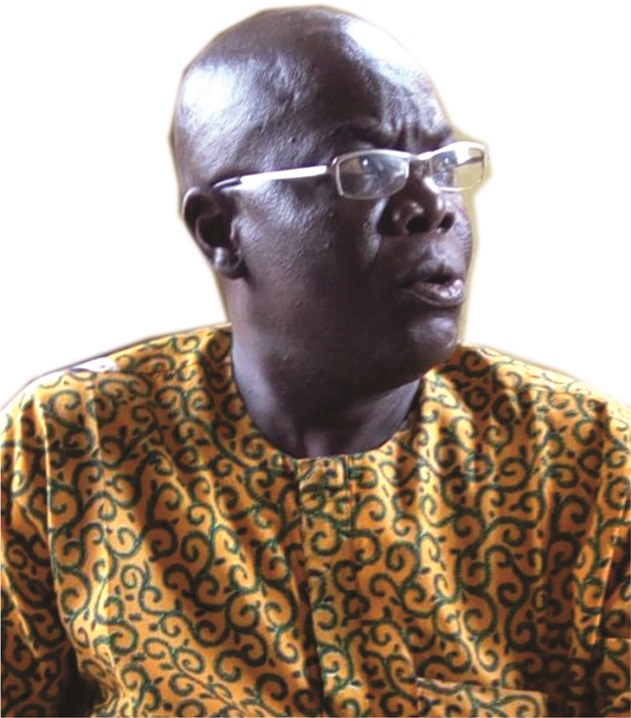 Dimeji Kayode-Adedeji is a journalist of repute and he has been on the job for more than two decades. He has also won various awards in journalism, and he is the first journalist whom in the former President, Chief Olusegun Obasanjo, not only sponsored his birthday par but also played host to. The Penpusher as fondly called in the media world, has just added another innovation to news dissemination and analysis, with the establishment of a social media known as Penpushing Platform.

In an interview, the founder, who is a graduate of Nigeria Institute of Journalism(NIJ), Lagos and also a product of Ogun State Polytechnic, (now Moshood Abiola Polytechnic). Abeokuta, Ogun State Capital, where he read Public Administration said Penpushing WhatsApp platform was created for the dissemination of news and analysis of topical issues across the globe.

Born  more  than  50 years ago to the Risawe ruling house, Ilesa town in South-West of Nigeria, he said his passion for journalism knew no bound, hence his creation of the platform as his contribution towards positive growth of the profession.

“I am a passionate journalist. Well, one of the things that motivated me to choose journalism as a career was my inbuilt attributes. During my secondary school days, I cherished writing, he said.

It’s Inbuilt in the sense that while I was in secondary school, I developed a unique flair for writing and I recalled that during our free periods, we acted as, professionals on different fields of human endeavors. Often, I would stand in front of my peers to pass information across, Kayode-Adedeji explained.

Within such period, I also recall that I used part of my pocket money, given to me by parents, to buy newspapers regularly. These are some of the things that placed my foot firmly on the path of journalism.

At a point, I started writing open  letters to the editors of newspapers  for publication in national dailies. I focused attention on areas that government failed to pay attention to. Fortunately for me, some of the letters were used in the defunct Sketch newspaper. Anytime I read any of them in the paper, I got more  motivated to do more.

Afterward, I started cutting my published write-ups. Later on, I applied to the Nigeria Institute of Journalism, Lagos (NIJ) to study journalism. Prior to my application, I read an advert on the page of a newspaper as I was already conversant with newspapers. I picked up a form, filled it and clipped photocopies of of my published write-ups  cuttings  to the form. Then, I didn’t know anybody either in the school or out of it. In Nigeria, before you can get admission, you must know someone  who is influential in the society to get admission to higher school.

In my case, I didn’t know anybody. All I did was applied and attached my published materials to the form. However, days after I had submitted my application, a postmaster walked up to my apartment with a parcel addressed to me. When I opened it, I discovered that it was an admission letter sent from   I was equally impressed as I later realised that, those newspaper cuttings served as stepping stones to secure the admission.

On his journalism experience, he disclosed that he had spent more than two decades and worked as a reporter in a number of print media in his career, stating that some of the newspapers include;Daily Times, Daily Skecth, Monitor Newspapers, Searchlight Newspapers Republic Newspapers, National Interest Newspapers, Third Eye Newspapers, Next Newspapers, Post Express Newspapers, The Union Newspapers and Leadership Newspapers, while I now write for Premium Times, an online medium. So far so good, I have no regrets venturing into journalism.

Also on his contributions to Nigeria Union of Journalists(NUJ), Kayode-Adedeji, a one time award winner of Best Journalist in Ogun State, and also UNFPA award winner, among other laurels, said he had served in various capacities of the union and attained an executive position of the  Central Working Committe(CWC), which is the highest ruling body of the union.

Well, I have served in various capacities from the chapel to the national level. I was once an Assistant Secretary of Ogun State Correspondents Chapel. I also served as the Treasurer of Sports Writers Association of Nigeria, Ogun State chapter. I was a  Zonal Secretary of the NUJ,(South-West), which made me a member of the Central Working Committee at a point in time, he stated

He also spoke on his project, Penpushing Platform, which has now become a household name globally, explaining that what influenced the creation was to serve as an  avenue to get and read authentic news, contrary to speculations and rumour which is almost turning to menace in journalism’s world

Let me start from the point that all journalists are penpushers. Owing to the love that I have for the profession, I started addressing myself as a pen pusher. I have been doing this for more than 20years. At my residence, it is boldly inscribed there. The sticker, ‘Penpusher’ is also pasted on my cars. I did these to promote journalism as a profession, because, anywhere I go, I want everybody to know that this person is a journalist/pen pusher because of the passion that I have for the job. I don’t regret it\’.

It’s not a profession that I can hide. That’s why I made the name pen pusher very popular. In Nigeria today, I was the person,  who made the name pen pusher very popular. Having said that, I woke up on my birthday, July 19, 2016, ruminating extensively over unconfirmed reports,speculations and rumour flying about. Then, I began to think of contributing my quota to the journalism development,and  being a journalist by making authentic news available to the people, I decided to set up a social media platform, a Whatsapp group to provide people with confirmed, authentic reports across the globe.

Upon creation of the group, I rolled out the aims and objectives for  setting up, of the group,as well as its rules and regulations. I stated clearly that information to be posted on the platform must be credible and have a source.The Pen Pushers and other various professionals as members include; Chief Olusegun Osoba, Otunba Gbenga Daniel, Senator Ibikunle Amosun(Ogun State Governor),Commodore Kayode Olofinmoyin

We  equally  hadseasoned journalist such as , Dr. Sulaiman Osho, Yusuph Olaniyonu,  Seye Kehinde, publisher of City People magazine and Dipo Kehinde, and other  publishers as members too. On the platform, we  also have some medical doctors. We have participants from different continents including Asia, Africa, Europe and America. I am not the only person, who  post  stories on the platform. Other participants do that as well,but the rule is that,it must be credible with source.

Basically, I ensure that I monitor the platform well to ensure that participants’ personalities are not abused. It is a platform that everybody wants to join. You get breaking news through the platform. Jokingly, one of the participants gave me the title, Mopol administrator, owing to persistent scrutinising of materials on the platform.

On achievements recorded within the last six months of operations, the initiator said it hadbeen serving some electronic media, to get breaking news for their news package, and picked number of members,as guests for their stations various personality programmes, while the platform had also connected a number of people for good. He added that a major breakthrough was the discovery of 29-year-old Nigerian, Toyosi Craig, a genius engineer, making wave in South Africa.

Through the platform, people have been able to know one and other and connect for good.The platform is like a family affair. 6 months after, nobody has ever lamented or regretted being a member of the group. We were able to discover Toyosi Craig, a young talented engineer in his 20s. Unfortunately, he wasn’t reckoned with here in Nigeria. Now, he is doing well in South Africa. Through the platform, he had the opportunity to relate with the elders on the platform. His issue was discussed here and that led to his breakthrough. He was a guest of former President Olusegun Obasanjo courtesy of penpushing platform. These are some of our achievements..

On next level of activities of the platform, the initiator disclosed that, there would be a public lecture when it attains one year by July, stressing that, thereafter, there would always be an annual lecture.