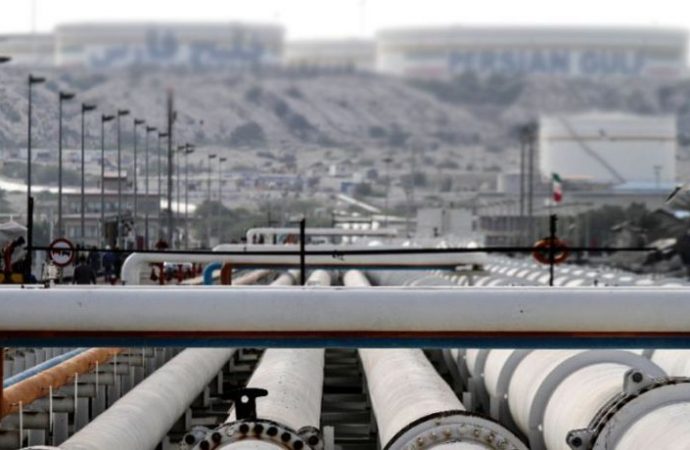 The Court of Appeal, Lagos Division, on Monday affirmed the judgment of a Federal High Court in Lagos which sentenced nine foreigners to five years’ imprisonment each, for stealing crude oil from Nigeria.

They were tried by the Economic and Financial Crimes Commission (EFCC) on a four-count charge bordering on illegal dealing in petroleum products.

Mr. Oho, who delivered the judgment, resolved all the issues in favour of the EFCC.

He said: “All the issues are resolved against the appellants. The appeal is manifestly unmeritorious and is hereby dismissed for lacking in merit.’’

The News Agency of Nigeria reports that on December 15, 2015 the lower court convicted the foreigners — five Filipinos and four Bangladeshi — of stealing 3,423.097 metric tonnes of crude oil.

Justice Ibrahim Buba, who gave the judgment, however, gave each of them an option of N20 million fine.

He said it was the likes of the convicts that give Nigeria a bad name.

Mr. Buba found them guilty on all the counts and sentenced them to five years imprisonment each, saying that the prosecution proved its case beyond reasonable doubts.

He also said that the convicts’ inability to prove that they had lawful permits to deal in crude oil further strengthened the prosecution’s case.

Buba agreed with a prosecution witness who testified that the stolen product was illegally sourced in Nigeria as “the Department of Petroleum Resources confirmed to the EFCC that MT Asteris was not licensed to deal with crude oil in Nigeria’’.

The judge, however, sentenced each convict to five years imprisonment on each of the four counts and an option of N5 million on each of the counts, with effect from March 27, 2015.

“All the sentences are to run concurrently but not the option of fine. In addition, the vessel, MT Asteris, and the cargo on board are forfeited to the Federal Government of Nigeria.

“For purposes of clarity, each convict is to serve five years term of imprisonment with effect from 27th of March, 2015 or pay a fine of N20 million for all the four counts,” Mr. Buba said.

Earlier, the EFCC counsel, Rotimi Oyedepo, said the foreigners violated Section 1(19) (6) of the Miscellaneous Offences Act, Cap. M17, Laws of the Federation of Nigeria, 2004, an offence punishable under Section 17 of the same Act.

He said the convicts also flouted Section 4 of the Petroleum Act, Cap. P10, Laws of the Federation of Nigeria, 2004.

The prosecution said the convicts were caught while trying to export the stolen product on a vessel, MT Asteris.