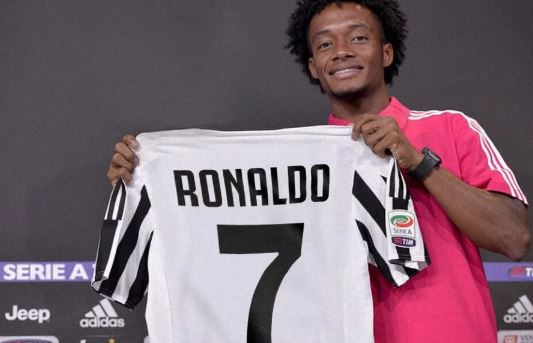 Colombia winger, Juan Cuadrado has confirmed that he will be handing over his no. 7 shirt at Juventus to Cristiano Ronaldo.

Cuadrado has willingly given that up, in order to allow the new arrival have the number that he is most closely associated with.

“Blessings to Cristiano Ronaldo on this new adventure.”