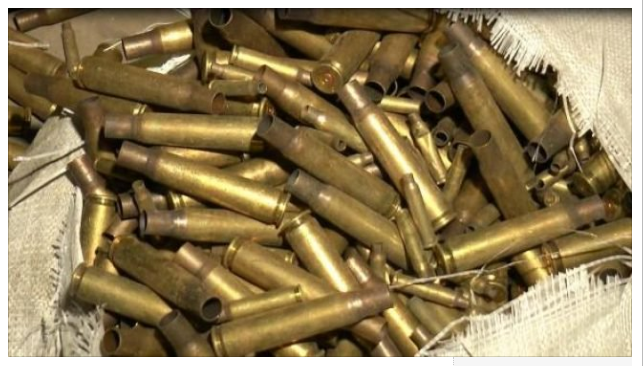 The Tin Can Island Customs command of the Nigeria Customs Service (NCS) says it has intercepted a cache of ammunition at two terminals of the port.

The area controller of the command, Musa Abdullahi, said about 150 rounds of live ammunition were intercepted at Terminal ‘C’ (Ports& Cargo) while 28 pieces of various sizes of jack knives were found in a 1 x 40ft container No. TGHU 60143419.

“I directed the transfer of the suspicious container No. TGHU 60143419 to the enforcement unit where it was examined and found to contain 150 rounds of live ammunition and 28 pieces of various sizes of jack knives,” he said.

“Meanwhile, the container, a suspect and the exhibit are currently being held at the Enforcement Station pending further investigation”

Abdullahi also said while vehicles were being discharged from a vessel, MV GLOVIS COURAGE Voyage NO. 036, Five Star Logistic Terminal, the command discovered a black bag with one unpacked Ford Edge with Chassis No. 2FMDK48C98BA05947.

The comptroller said other items found in the bag were 12 expended empty shells of various calibres and an empty magazine.

Abdullahi said both the vehicle and the exhibits were currently at the enforcement unit of the command pending further investigation.

This development comes two days after customs announced that an Ontisha bound vehicle laden with live ammunition was intercepted in Niger state.

The poor control of arms and ammunition has fulled insecurity in the country. Nigeria is currently battling high wave of killings.