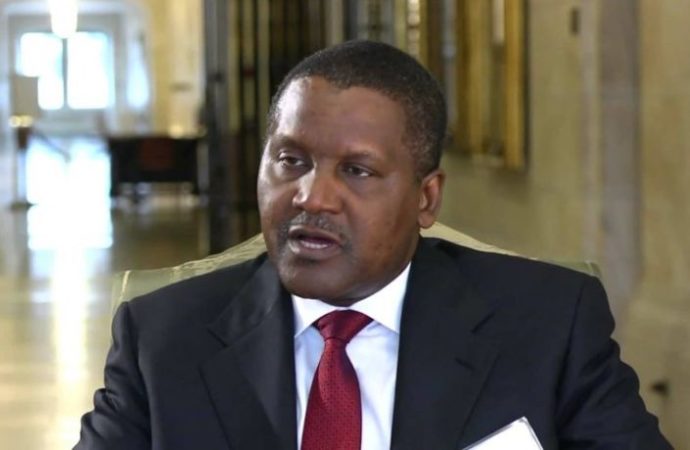 Africa’s richest man, Aliko Dangote, has redeemed his pledge of $50,000 per goal to the Super Eagles.

This is coming days after Femi Otedola, billionaire businessman and former chairman of Forte Oil PLC, fulfilled his pledge to give the Nigerian team the sum of $25,000 per goal at the just concluded 2019 Africa Cup of Nations in Egypt.

The duo had made the promise before the Eagles’ semi-final clash against Algeria in Egypt.

Algeria, however, denied the Super Eagles the opportunity of gracing the AFCON final with a 2-1 victory at the Cairo International stadium.

The Nigeria Football Federation (NFF) took to its official Twitter handle to confirm that Dangote has redeemed his pledge.

“Business tycoon Aliko Dangote today in Lagos redeemed his pledge of $50,000 to the Super Eagles for their one goal against Algeria in AFCON 2019 semi-final. Money was presented by Olakunle Alake, GMD of Dangote Group accompanied by Anthony Chiejina, Chief Corp. Comm. Officer,” it wrote.