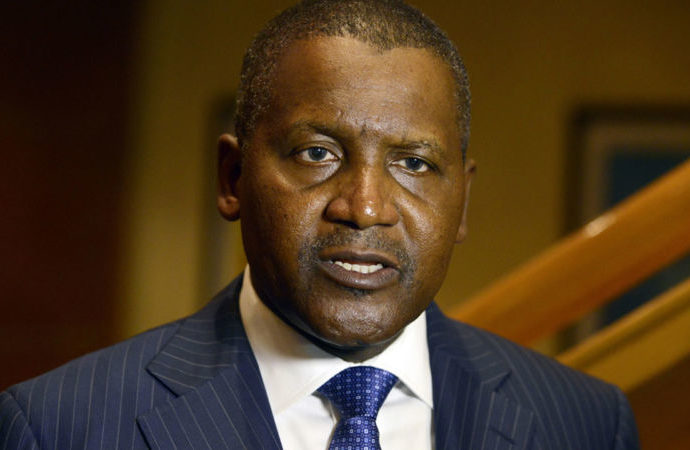 Africa’s richest business people haven’t escaped the effects of a turbulent year that saw the price of oil depreciate, the Naira devalue, a memorandum for Britain to exit the European Union (EU) and the shock election of Donald Trump as the next leader of the United States put a dent in their wealth.

This is according to Forbes’ latest Africa rich list which is dominated by South Africans and Egyptians, with all six South Africans featured on the list enjoying dollar-billionaire status.

Nigerian business magnate, Aliko Dangote, remains the richest man on the African continent for the seventh consecutive year, with a net worth of $12,1 billion.

Local diamond mining magnate, Nicky Oppenheimer and his family with estimated riches of around $7 billion (R95,9 billion), are the second wealthiest on the continent, followed by Nigeria’s oil and telecommunications bigwig Mike Adenuga with a net worth of $5,8 billion.

Overall, the collective wealth of the 21 richest people in Africa declined from $79,8 billion last year to $70 billion this year.

Angolan businesswoman Isabel dos Santos – the daughter of Angolan President Jose Eduardo dos Santos – is the only woman to feature among the top 10 richest business people on the continent, ranked eighth, with a fortune worth around $3,2 billion.

The only other businesswoman to crack this year’s list is Nigeria’s Folorunsho Alakjia, ranked joint 14th with mining magnate Patrice Motsepe with an estimated net worth of $1,6 billion.

The youngest billionaire to feature on the list is 41-year-old former Tanzanian politician turned businessman Mohammed Dewj who boasts an impressive net worth of $1,4 billion.

Below is the full list of Africa’s 21 richest people:

Beware of Bitcoin, Swisscoin, others – SEC...