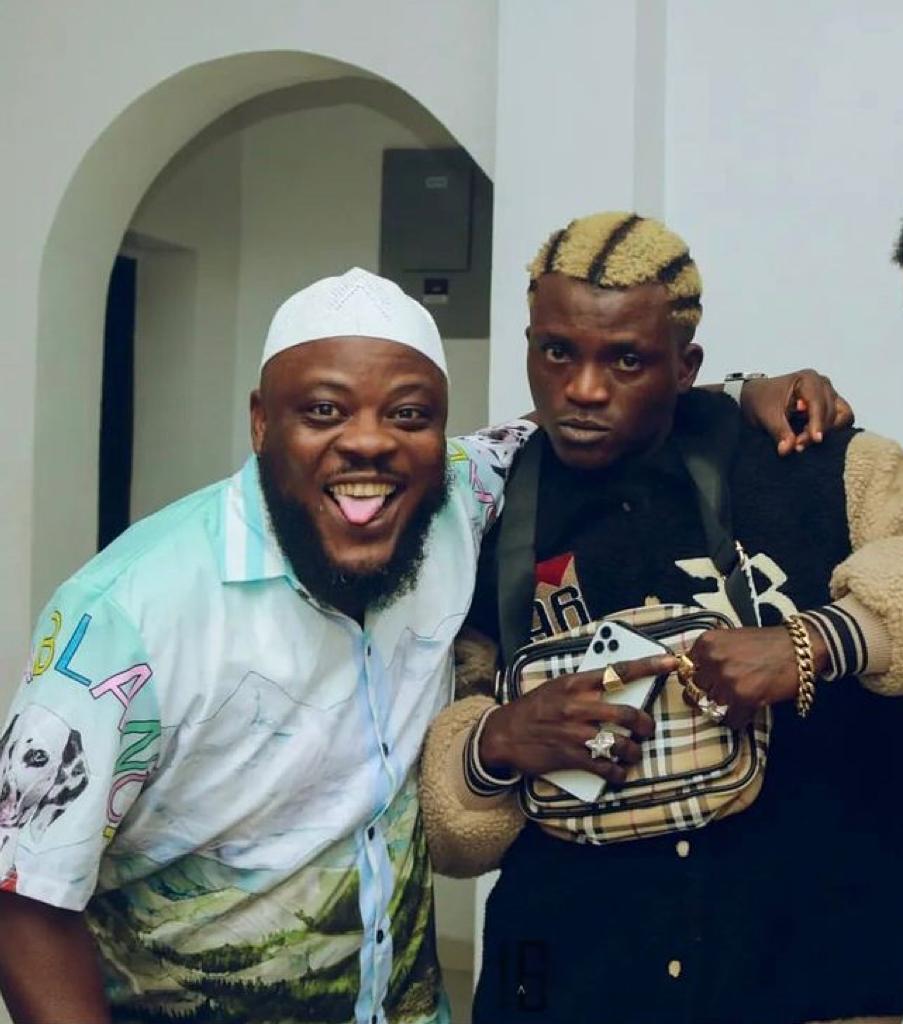 It is no more news that rave of the moment, Zazuuu Zeh fame, Olalomi Okikiola, Portable has parted ways with ace promoter, Kogbagidi.

But what is in the news is that rumour-mongers have started spreading rumour that YUSUF Adepitan Aka Danku has snatched Portable from Kogbagidi who has been his friend for a decade.

Danku has therefore come out to deny the negative narrative.

The Ijoba Federal fame, Danku stressed that the allegation was wrong . Public imagination was not right about the whole perception.

“ I am just Portable promoter and managing consultant. I didn’t snatched Portable from Kogbagidi. Both had arguments, I settled them . It seems that didn’t go well with Kogbagidi. He called me for a meeting . Kogbagidi was also aware. There is no hiding issue here. Kogbagidi was my apprentice. I brought him on artiste management field . I am always happy seeing him growing up in the entertainment industry. So if people say negative things to tarnish my image, I am less concerned. Only God will judge with time . We are doing business on Zazuuu Zehh “, Danku said . “Aside promoting Portable in Nigeria , my company, Ijoba Na Danku Promotions also introduced him to international promoters . He is going on international tour soon. It is strictly business “.

Danku has promoted D’Banj, Oritsefemi, Davido, 9ice, and Peruzzi in the past

Are you looking for a safe online casino?

5 Estates In EPE Where Rich People...