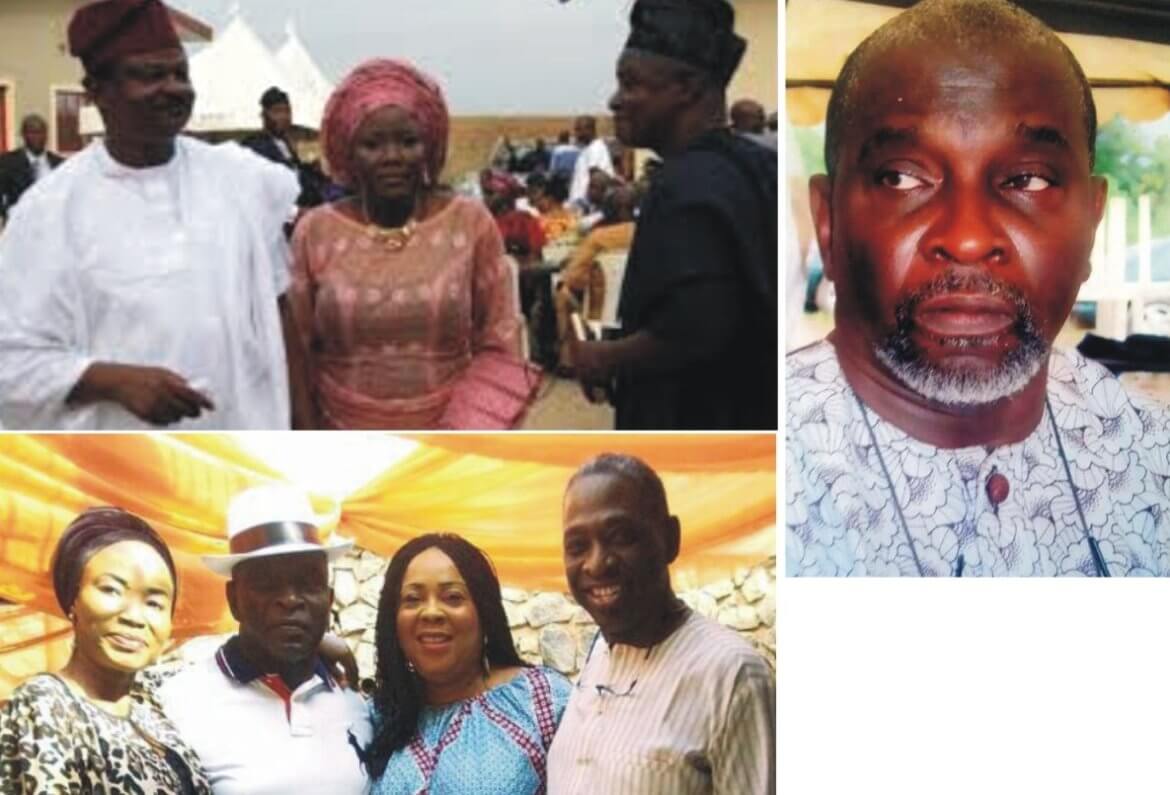 Between Sunday 29th April and Tuesday 1st May, 2018, there were 2 high society parties in Ibadan. So hot were these parties that any celebrity worth his or her salt would have attended either of the two. Some went to both. The two parties were not just ordinary parties but ones with class and style. they were colourful and glamorous parties with powerful celebrities in attendance.

The groove started on Sunday 29th April with the popular businessman and  entertainment buff Semiu Adenekan popularly known as D.J Semite’s child’s dedication ceremony. The party, which had top bigwigs, captains of industries, eminent personalities, corporate gurus, high society women in attendance, held at his Melody Trendz Arcade, Opposite St. Patrick Grammar School, Orita Basorun, Ibadan. It was a classy affair. Guests were treated to an evening of fun and entertainment as best food (both local and continental) were served and choice drinks flowed endlessly. D.J Semite is known for being an excellent host in Ibadan and that was exactly what played out at his child’s dedication party. His popularity, wealth of experience as an entertainment expert and money were put into good use.

Everything was in place. The stage, lighting, settings and the party theme coupled with quality celebrities that graced the occasion all had the elements of a well organised party. That should be expected. D.J Semite is very popular and a prominent entertainment consultant in Ibadan. He has party instruments plus stage that can cater for four events at a go. That is how big Semite is in the entertainment industry. He consults for major companies entertainment wise. Apart from the main menu, appetisers and finger foods like Pepper soup, Asun, Small Chops Barbecue fish were just too much.

Sade Eleja provided the fresh fish pepper soup while Martha’s Kitchen and host of many others catered for the event. Dr. Adewale Ayuba, the Bonsue Fuji maestro was on bandstand while popular Ibadan based comedian Taiwo Obama anchored the event. D.J Sexy, who dished out good old school songs to the enjoyment of all guests, was on the wheels of steel. Prominent members of several social clubs in Ibadan were at the party.

Meanwhile, May 1st of every year is for Dapo Oye and this year is not an exception. It has become a tradition for family and friends to come around him on the special occasion of his birthday every year. Though he doesn’t like too much noise around himself and that explains why he has never had an elaborate birthday party. He would have probably had one last year when he clocked 60 but unfortunately he lost someone very dear to him the previous year. His partner, late City People Magazine’s Deputy Editor, Bola Davies died on October 19th, 2016.

And to honour her, his 60th birthday was marked privately. Dapo Oye is a man of his own style; he is sociable yet kind of reserved but classy. And that shows in everything he does. His birthday was a perfect avenue for his siblings to honour and celebrate him. His brothers who never gave hint of their coming breezed in from abroad; Pastor Bola Oye, Bolaji Oye and Yomi Oye and their spouses flew in from London and America respectively a day before the party. Nothing less should be expected of the Oyes; they are one united, loving and prominent family in Ibadan and they are successful too.

Their late father, J.B Oye was equally a prominent tailor in those days. Goodwear House was an household name in Ibadan then and till today the name is  still a reference point  in Liberty/Oke-Ado axis. All these perfectly explained why Dapo Oye’s birthday party was classy and colourful. As small as the party seemed to be, it was a celebrity studded party. The events of the day took off with a thanksgiving service at the popular St. James Cathedral Oke-Bola, Ibadan. After which guests were hosted into an exclusive reception and Disco party at Goodwear House, Liberty Road. It was not just a party, but party with class.

Mike and Mary’s Catering Services provided the sumptuous food at the party while Divine Ice handled drinks. Veteran Disc Jockey, Deles Adelegan was on the wheels of steel. He gave good account of himself as a master in mixing Old School tunes. Hennessy XO, Moet, White Label, expensive red wines and other exotic drinks were flowing like water at the party. Trust the Ibadan popular businessman Femi Oye, he was the chief host while his beautiful wife, Bimpe Oye was the chief hostess at the party. Femi Oye has a strong party structure on ground. He is also very sociable. He belongs to a powerful millionaire club in Ibadan and Abuja. He has great style, class and high taste for quality things and that reflected on his brother’s birthday party. It was fun unlimited all through. Ronke Oye, their only sister, was fulcrum of support too.