Home News How To Deal With Those With Eccentric Behaviour
News

How To Deal With Those With Eccentric Behaviour 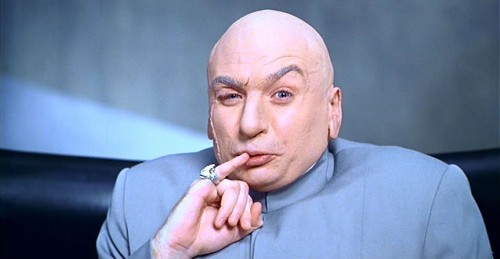 We don’t hear this term as much when referring to adults. Instead, we hear odd, eccentric, crazy.  I am sure you have come across someone who could be described this way.

Upon first meeting, you knew there was something different about them. It could be that they dressed without concern for convention. It could be that when they talked, it seemed they had swallow the whole Internet. Perhaps they didn’t like to talk, and they always seemed unfriendly and removed. That is, until it was “ShowTime”. And then, all was pretty much forgiven because they were just so darn good at what they do.

While their competence may help your company’s bottom line results, it doesn’t necessarily help your day-to-day because you still have to figure out how to work with eccentric person.

We always hear about the famous ones. The ones in sports, in music, and of course, in medicine, but we don’t hear that much about eccentric folks from the corporate world, perhaps because they’re not on a big stage or on TV.

These colleagues or bosses even may have some of the same annoying behaviors as the people who drive you nuts at work,but these folks are ultra-smart and creative. They see the world from a different viewpoint and that can make working with them challenging. But let’s face it; on some level, if you’re their boss, they can make you nervous. You’re sometimes wondering what they will do next or what kind of impression they will make at the next meeting. As a colleague, you might not enjoy their company so much. You can work with them but that’s about it.

Eccentric Behavior or nature is primarily characterized by peculiarities and abnormality of thinking, odd beliefs, eccentricities of appearance and behavior, interpersonal style and thought. Persons with this behavior may have peculiar like ideas. Such people appear indifferent / lack of involvement in social relationships, display perceptual distortions, and eccentric behavior. They want to avoid being influenced by anyone.

People with Eccentric Behavior or nature are extremely uncomfortable in close relationships, even with people who are familiar. They have no interest in forming friendships or sexual relationships. Their discomfort may be shown by the person acting cold and aloof when interacting with others. Individuals with this disorder form few (-if any) close relationships.Their appearance and behavior is often characterized as odd or strange.

People with Eccentric Behavior or nature are very suspicious and may believe that others are talking or conspiring about them. They may perceive references to themselves in others’ conversations. In addition, they tend to have magical thinking or odd beliefs, that are not consistent with the cultures norms and influences behavior. They may also show some of these traits:

Chronic negative affects, including anxiety, fearfulness, tension, irritability, anger, dejection, hopelessness, guilt, shame; difficulty in inhibiting impulses: for example, to eat, drink, or spend money; irrational beliefs: for example, unrealistic expectations, perfectionistic demands on self, unwarranted pessimism; unfounded somatic concerns; helplessness and dependence on others for emotional support and decision making. Sometimes they display self-affliction or self-restraint nature and may attempt to commit suicide out of that.

Self-condemnation, Social isolation, interpersonal detachment, and lack of support networks; flattened affect; lack of joy and zest for life; reluctance to assert self or assume leadership roles, even when qualified; social inhibition and shyness.

Preoccupation with fantasy and daydreaming; lack of practicality; eccentric thinking (e.g., belief in ghosts, reincarnation); diffuse identity and changing goals: for example, joining religious cult; susceptibility to nightmares and states of altered consciousness; social rebelliousness and nonconformity that can interfere with social or vocational advancement.

self-doubt and paranoid thinking; inability to trust even friends or family; quarrelsomeness; too ready to pick fights; exploitive and manipulative; lying; rude and inconsiderate manner alienates friends, limits social support; lack of respect for social conventions can lead to troubles with the law; inflated and grandiose sense of self; arrogance.

Overachievement: workaholic absorption in job or cause to the exclusion of family, social, and personal interests; compulsiveness, including excessive cleanliness, tidiness, and attention to detail; rigid self-discipline and an inability to set tasks aside and relax; lack of spontaneity; over-scrupulousness in moral behavior.

Aloofness, odd communication, isolation; Ego-boundary problems, “ego-diffusion,” merging phenomena and other severe distortions of the self, mirroring, narcissistic disturbances, faulty sense of identity; difficulty sensing what other people are all about or else at knowing how to best respond when their perceptions of interpersonal situations happen to be accurate; marked peculiarities of speech, dress, and habit; sensitivity to criticism, avoidance of intimacy; insensitivity to the feelings of spouse, over-sensitivity to spouse’s behavior; extreme loneliness and need for human relatedness, inability to “connect” meaningfully and pleasurably with other people.

Odd speech: vague, circumstantial, over-elaborate, or stereotyped speech; idiosyncratic phrasing, unusual use of words, overly concrete or abstract responses to questions; odd, eccentric, or peculiar mannerisms or dress; excessive social anxiety associated with paranoid fears about the motivations of others, rather than with negative judgments about themselves; difficulty responding to interpersonal cuing and expressing a full range of affects; difficulty in developing rapport or engaging in casual and meaningful conversations; an inappropriate, stiff, or constricted manner.

Often the causes of eccentric Behavior or nature in people” are more mental than physical. A bad relationship, poor self-image, a history of abuse, stress, frustration and many other factors can change your overall attitude towards life which may directly cripple your overall performance. Such tendencies are deep-rooted in mind and nurtured by excessive negative emotions.

It is needless to mention that these negative emotions are tremendously powerful. They can weaken lives extremely quickly by causing differences in energy system, which triggers a series of emotional imbalance i.e. frustration, persistent agony, mental instability, uncontrolled anger, inferiority complex etc., which ultimately end up in ill health.

HOW TO DEAL WITH ECCENTRIC PERSON

You’ve got to let them be who they are. That means, you have to give them some freedom and trust in their judgement. Let them do what they are best at and that’s it. Don’t beat yourself up over their mistakes…Stuff is going to happen.

When things like this happen, all you can do is keep weighing the good and the not-so-good. You should see that by having an eccentric employee, friends, families, or lover, you are coming out ahead.

Keep an open mind as the extraordinary unfolds before you. You know what they say; if it does not kill you, it will make you stronger, and there is no doubt that you will have some stories to tell someday.

Take care of yourself and each other..

How To Deal With Those With Eccentric Behaviour was last modified: April 30th, 2018 by Nimota Raji-Gambari

Why We Are Wooing Nigerians Abroad To Buy Land, RevolutionPlus Property MD & Wife