Death of Children At Birth In Bauchi Is Alarming – UNICEF 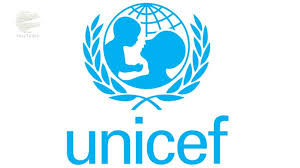 United Nations Children’s Fund (UNICEF) Health Officer in Bauchi, Mr Oluseyi Olusunde, said on Thursday that the rate of neonatal deaths in the state was alarming and called for urgent action.

He stated this at a stakeholders meeting for situation analysis on newborn deaths in the state.

“Out of every 1000 newborn, 161 are likely to die before their fifth birthday in Bauchi; this is far above SDG target.

“For our newborn presently, we have about 11455 deaths of newborns every year in Bauchi, therefore Bauchi is number five in Nigeria in terms of newborn deaths,” he said.

According to him, that is why the state government inaugurated a committee called Bauchi State Every Newborn Action Committee (BASENAC) to track the implementation of policies that prevent newborn death.

“With the partnership of UNICEF/EU and the state government, we will reduce newborn deaths in the state,” he assured.

In his remarks, head of UNICEF, zone ‘D’Field Office, Mr Bhanu Pathak, said the state government had been doing its best to reduce cases of neonatal deaths, but added that there were some challenges that needed to be resolved.

He said UNICEF would partner with the government to address the challenges.

‎Also speaking, Chairman BASENAC, Dr Robinson Yusuf, said the concept of the meeting was to sensitize the stakeholders on the bottlenecks identified as the cause of newborn deaths in the state.
‎
“Investing in newborn and child survival and the most disadvantaged is not only the right thing to do, but it is also the smart thing to do,” he said.
‎
Yusuf said the committee would subsequently come up with strategies and plan that would address the issues surrounding newborn deaths in the state.

‎Stakeholders that attended the meeting included traditional and religious leaders, health-related associations as well as personnel of ministries involved in efforts at reducing neonatal deaths, among others.

Death of Children At Birth In Bauchi Is Alarming – UNICEF was last modified: October 4th, 2018 by Damilare Salami