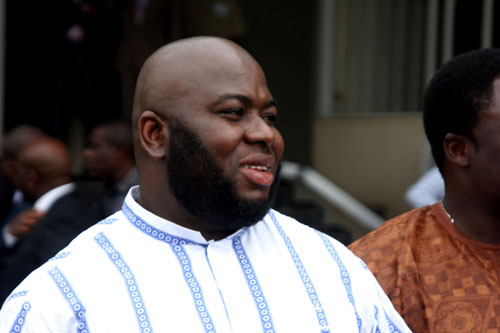 The leader of the defunct militant group, Niger Delta People Volunteer Force, NDPVF, has urged people of Southern Kaduna to defend themselves against the alleged terrorist attack launched on them by President Muhammadu Buhari and the state Governor, Nasir El- Rufai.”

Recall that Southern Kaduna has been enmeshed in crises, following clashes between Fulani herdsmen and local residents.

Just recently, the Catholic Archdiocese of Kafanchan had claimed that no fewer 800 persons lost their lives in the recent crisis that broke out in Southern Kaduna.

Reacting to the Southern Kaduna crisis, Dokubo urged minorities in the northern part of the country to mobilise support for people of the area.

This was contained in a statement sent to DAILY POST, entitled, “BUHARI IS A FUTA JALLON JIHADIST.”

The statement he personally signed and released by his spokesperson, Comrade Rex Anighoro reads: “The Muhammadu Buhari and El Rufai enabled ongoing Genocide in Southern Kaduna is a Supremacist and Neo Colonialist Conquest on the minorities of Northern Nigeria and by extension on all Minorities in Nigeria.

“We call on all Minorities in the North and across the Nigerian Union to mobilize support for the people of Southern Kaduna earmarked for extermination by the Gambari and Futa Jallon Expansionist.