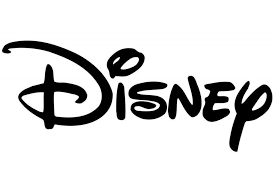 2018 was a huge year at the box office and it was particularly huge for Disney. The company broke the all-time domestic box office record with an over $3 billion haul.

According to the official 2018 final figures released by ComScore (via Variety) on Wednesday, Disney brought in $7.33 billion globally. It’s the second-biggest year for any studio in industry history — a record Disney already holds for the $7.61 billion it earned in 2016. Of the 2018 global take, $3.09 billion came from the domestic box office, a number that beats out the previous record of $3 billion, also held by Disney.

To break that down, those numbers roughly shake out to a little more than one out of every four dollars American moviegoers spent in 2018 went to Disney and given some of the Disney films that graced the silver screen last year, that’s not really much of a surprise. The three, top-grossing films in North America last year were Disney — Black Panther, Avengers: Infinity War, and Incredibles 2 with each of those films crossing the $600 million mark.

“Thanks to the support of fans of Disney, Pixar, Marvel Studios, and Lucasfilm around the world, it’s been a monumental year for The Walt Disney Studio,” studio chairman Alan Horn said in a statement. “I want to especially acknowledge Marvel Studios’ pivotal year during which Black Panther and Avengers: Infinity War sparked conversation and broke records and expectations to cap an unprecedented first decade for this exceptional studio.”

And for as successful as Disney was in 2018, the company is on track for a pontentially even larger 2019 .

Seven of the ten most-anticipated 2019 movies according to Fandango are Disney movies: Avengers: Endgame, Captain Marvel, and Star Wars: Episode IX take the top three spots on the list followed by Toy Story 4(number five), The Lion King (number seven), Aladdin (number eight) and Dumbo (number nine). And those are just films on Fandango’s anticipation list. Disney has quite a few other films set for 2019 release as well, including Frozen 2, which is set for November release and given the massive popularity of the first film will likely dominate as well.

That potential is something ComScore senior media analyst Paul Dergarabedian somewhat touched on when talking about how big the box office is going to be overall in 2019 with all of the films coming up across all studios.

“2018 was an incredible record-breaking year that not only saw the highest revenue ever achieved, but also represented an increase in actual attendance over 2017,” he said. “An incredibly diverse slate of films combined with a love for the movie theater experience and the need for escapism that was the hallmark of last year’s success looks to continue in 2019, with Glass expected to enjoy one of the best January openings ever over MLK weekend. 2019’s hit parade gives the industry the potential to blow the doors of 2018’s impressive box office haul.”

We no longer owe pensioners, we pay them – Buhari