“I don’t believe in having equal right with men”- Actress, Foluke Daramola Salako 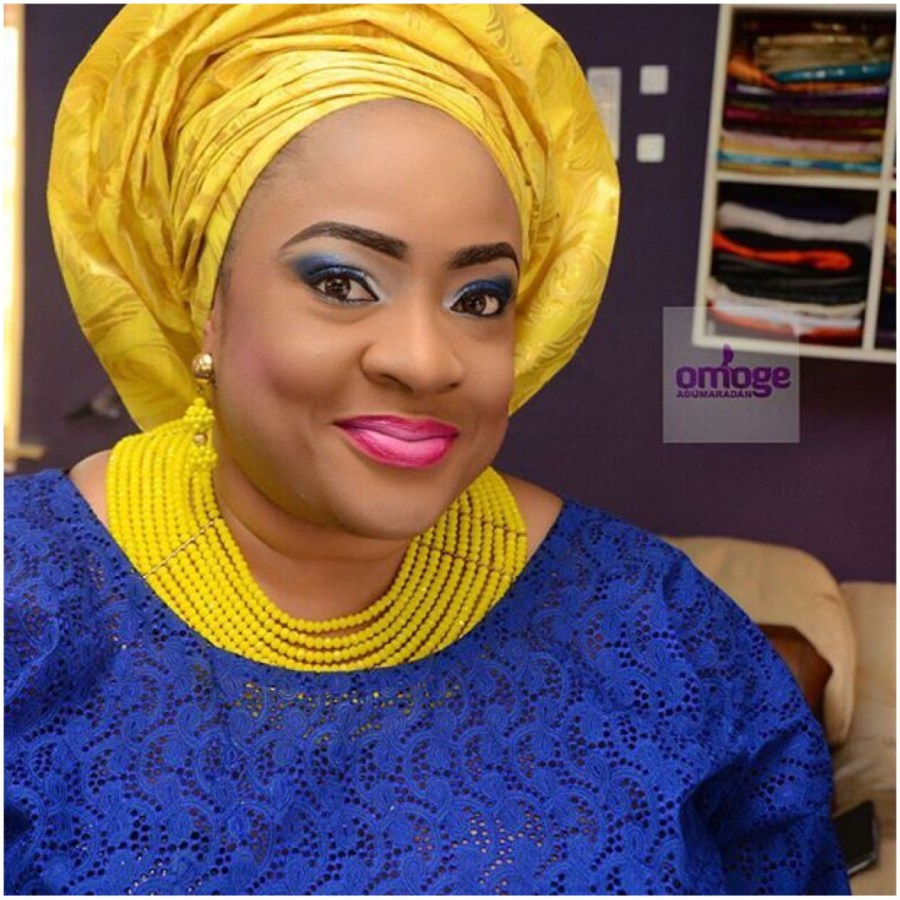 She aired her views in a recent interview with Telegraph newspapers: “I’m sorry I don’t think men and women should have equal rights in this case. I think the male should have more than the female, but it should be with proportion, maybe on a ration of 60 to 40.
The reason why I think so is because we women tend to be extremely domineering when it comes to issues and sometimes sentimental. Men can be detailed even though we are sometimes. So, there are proportions in all these things.
‎The role of a man can never be over emphasized. Even though I’m a woman rights activist, I still believe in the place of a woman and a man. The man is suppose to be a step ahead of the woman; you can never take that away,” she said.
As a popular actress cum producer, the TV star also has an advise for up and coming script interpreters who have chosen to go turn nudity as the easiest way to get famous.
“All I can say is that they don’t have anything to offer. If you believe that the only thing you want to do is preach nudity, automatically you cannot go far in the industry. When you get to a state that you are about 40 years and your body isn’t appealing as its ought to be, what do you want to preach? We have people like Ayo Mogaji. I am sure she did not preach nudity in her time.
I don’t believe that until you go nude is when you preach an act. During our own days until now, its not about nudity, we are still trying to make a difference in whatever we do. Foluke Daramola has come of age, I started acting in the 1990’s and for me to still stay relevant till now, it’s not about nudity.”
“I don’t believe in having equal right with men”- Actress, Foluke Daramola Salako was last modified: February 7th, 2017 by Daniji Emmanuel

“How did we get here?,” Toke Makinwa speaks on #IStandWithNigeria protest