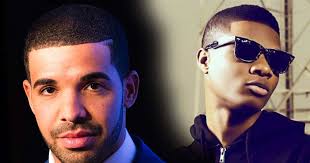 Canadian rapper, Drake, has heaped praises on Nigerian singer, Wizkid, for the success of their collaborative single ‘One Dance’.

In a two-hour interview with Rap Radar, a rap blog owned by Elliott Wilson, American journalist, Drake touched on accusations that his music is meant​​ for a variety of cultures and music styles.

The award-winning rapper also talked about his past relationship with Serena Williams, his beef with Pusha T, and reconciling with Meek Mill among a host of other topics.

Speaking about his hit single with Wizkid and Kyla, Drake said he is not a “culture vulture” — which means he doesn’t appreciate cultures but support them and give opportunity to people in that culture.

“That’s not appropriating. Appropriating is taking it for your own personal gain and denying that it was ever inspired from this. That’s the true disservice that somebody could do to the UK, to dancehall, to afrobeats.”

“Me, I’ve always… I ensure that not only paying all due respects verbally but… I make it a point to give opportunity.”

He also acknowledged Wizkid for the success of ‘One Dance’.

“I’m not one of those people that can be inspired by something and be like; oh that was inspiring thanks; and then like just move on with it, you know, under my arm running down the field,” he said.

“I gotta like at-least honor the person that handed me the football before I ran for the touchdown.”

“You know I definitely feel like because when I do things, they do get magnified and amplified, people can sometimes feel uncomfortable like, oh okay like you know, One Dance goes number one. Now all of a sudden you know, this afro inspired.

“So it’s like, you know the chatter is one thing but in the community, amongst the real gees that are really doing this shit, I’m solidified for sure.”

Drake Heaps Praises On Wizkid For The Success Of ‘One Dance’ Collabo was last modified: December 27th, 2019 by Damilare Salami

Cardi B joined Migos on stage for...