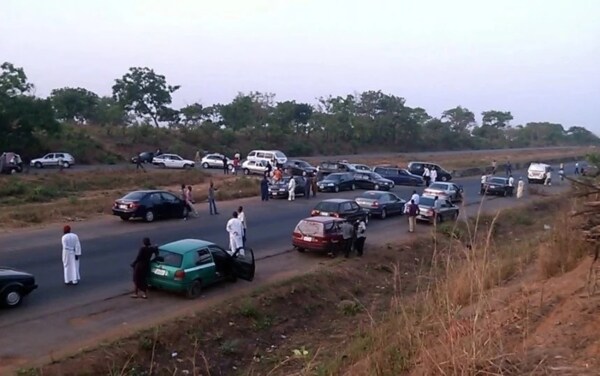 A group of drivers on Friday blocked the Kaduna-Abuja highway following the alleged killing of their colleague by police in the area.

According to an eyewitness, who asked not to be named, a policeman shot the driver following a disagreement over bribe.

Sahara Reporters gathered that the policeman had demanded bribe from the driver but the victim was only able to offer N500 instead.

The situation was said to have led to an altercation in which the policeman shot at the driver eventually.

The policeman and his colleagues were said to have fled the scene for fear of a reprisal attack by commercial drivers who witnessed the incident.