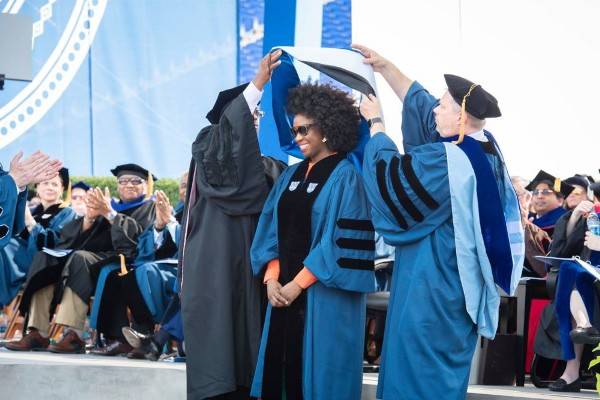 The Enugu-born novelist shared photos of the honour ceremony via her Facebook page.

She was among the few recipients of the honorary degree from the university and they were all described as “people making changes in the world in very extensive ways.”

The President of Duke University, Vincent E. Price, had earlier in March confirmed that the’’ Americanah’’ author was on the list of recipients.

Earlier in March, her book Americanah’’, was recognised as one of 15 remarkable books by women that are shaping the way fiction was being written and read in the 21st century.

Adichie had been featured severally in the New York Times, including being a part of the magazine’s ‘Greats’ List in 2017.

In 2008, she was awarded a Mcarthur Genius Grant and was described in The Times Literary Supplement as “the most prominent” of a procession of globally acclaimed young anglophone authors, among other recognitions.